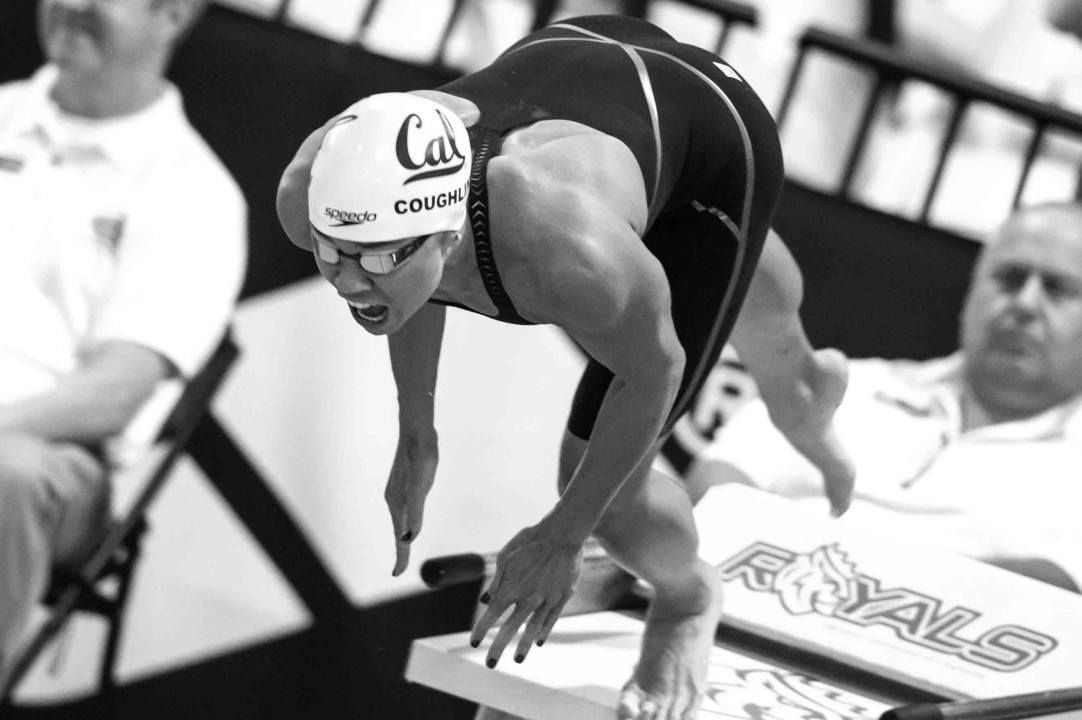 Toronto 2015 has released the heat sheet for Tuesday morning's prelims. The session will include the 100 freestyle, 200 butterfly, and the 4x100 freestyle relay for both the men and women. Stock photo via Mike Lewis/Ola Vista Photography

Toronto 2015 has released the heat sheet for Tuesday morning’s prelims. The session will include the same events for both men and women. They’ll race the 100 freestyle, 200 butterfly, and the 4×100 freestyle relay for both the men and women. Some of the most exciting action of the day will come from the international stars competing in the 100 free.

In the women’s 100 free, top seed Natalie Coughlin and her teammate Amanda Weir will make the American debut. They’ll be swimming out of lanes 4 and 5 in heat 3, the 2nd circle seeded heat. Those 2 are entered with 54.18 and 54.43 respectively.

Arianna Vanderpool-Wallace will take lane 4 in the last heat, as her 54.18 ties her with Coughlin for the top seed.

Brazil’s Matheus Santana and Marcelo Chierighini will come in as the 1 and 2 seeds in the men’s 100 free. Chierighini will dive in the water for heat 2, right next to Team USA’s Cullen Jones. Jones is entered in 49.45 to the Brazilian’s 48.68.

Santana will swim in lane 4 of the last heat. His seed time is a 48.25. He’ll go up against Brett Fraser, Darian Townsend, and Cristian Quintero in this heat. Fraser is set up to swim in lane 5, with the only other sub-49 entry time of the heat in 48.92.

You wanted the A team?
There are world championships soo.
And for a C/D team, Natalie Coughlin or Allison Schmitt…. 🙂

soon Apart from the 2 olympic champions I mentioned, I could have also mentioned Kelsi Worrell, Caitlin Leverenz or Katie Meili who could swim very fast times this week. Plus many very talented youngsters like Meghan Small, Sierra Schmidt or Courtney Harnish who can bother the veterans next year at trials. I will look at Kylie Stewart’s 200 back too. And the revival of Olivia Smoliga? Plenty of interesting things to watch. Honestly I like much the women’s roster. Much more than the men’s roster. On the men’s side I’m just interested in watching Gunnar Bentz even if I would have preferred to see him swim the 400 IM (probably at nationals) and Nick Thoman in the 100 back to… Read more »

I would have given my left arm to make a C/D U.S. National team back in the day. Just paying attention to the best of the stars misses the point of the sport (or of sport in general). Here’s wishing them all the best of luck.