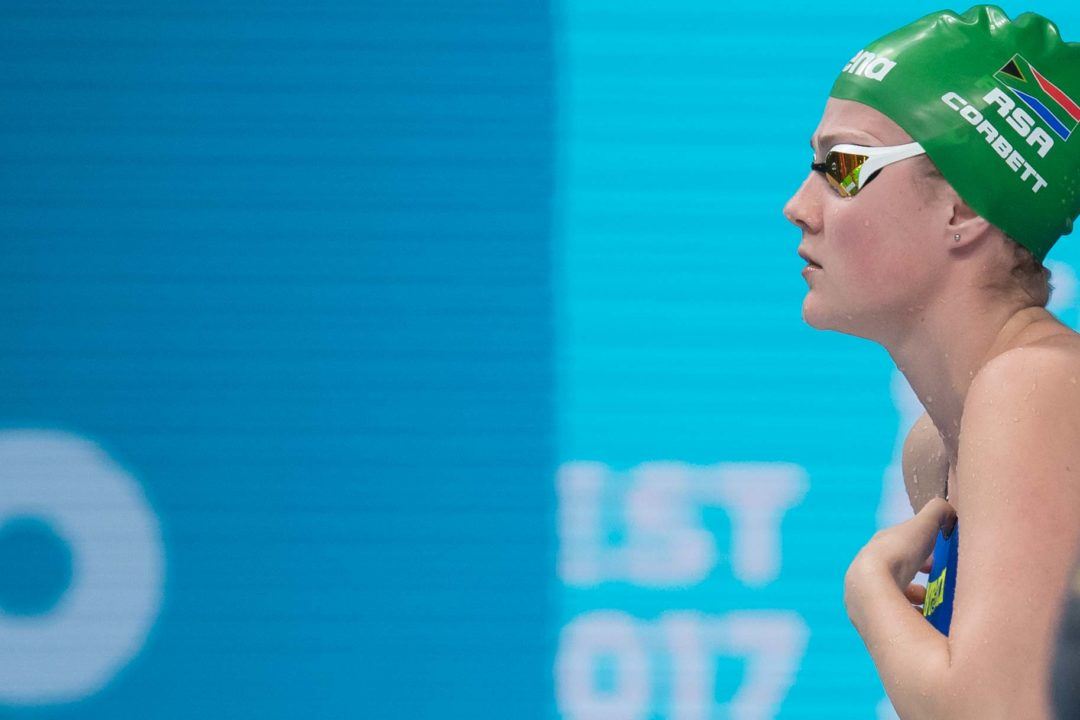 Players on five women’s soccer teams took a knee before the early matches of the Tokyo 2020 Olympics – protests allowed by updated IOC rules.

South African Commonwealth Games gold medalist Tatjana Schoenmaker entered the world rankings yesterday with her 1:07.11 performance in the 100m breaststroke, but she opted out of finals on day 2 in Stellenbosch.

While competing in the prelims of South African Grand Prix #2, the 21-year-old took the top spot in the 200m distance with a mark of 2:25.24. That outing places Schoenmaker among the top 10 performers in the world this year.

Taking the 200m breast title in Schoenmaker’s absence in the final, however, was Kaylene Corbett. 19-year-old Corbett fired off a huge new personal best mark of 2:25.98 to take gold in Stellenbosch and represent the only swimmer of the field to delve under the 2:30 barrier.

Entering this meet, Corbett’s personal best stood at the 2:27.68 she logged on the Gold Coast in the semi-finals at last year’s Commonwealth Games. She ultimately clocked a slower 2:29.40 for 8th place in that final. Her new PB of 2:25.98 earned here in her home nation, however, now ranks her 9th in the world this season.

National record holder Erin Gallagher collected 2 more wins on day 2 in Stellenbosch, first in the women’s 100m free event. Scoring the top seed in 55.54, Gallagher sliced more time off to come away with the top prize in 55.29.

Splitting 26.04/29.15, Gallagher was the only sub-56 swimmer of the final field. The Seagulls swimmer was faster at the Grand Prix #1 last month in Nelspruit, where she notched a 100m free winning time there of 54.94. That mark remains in the top 25 performances in the world this season.

Visiting swimmers Holly Hibbott and Thomas Howdle of Great Britain’s Stockport Metro club each racked up a win on day 2. Hibbott scored the winning time of 4:12.77 to take the women’s 400m free by over 10 seconds.

Hibbott took silver in this same 400m free event at the 2018 Commonwealth Games behind winner Ariarne Titmus of Australia, clocking 4:05.31 for runner-up status on the Gold Coast.