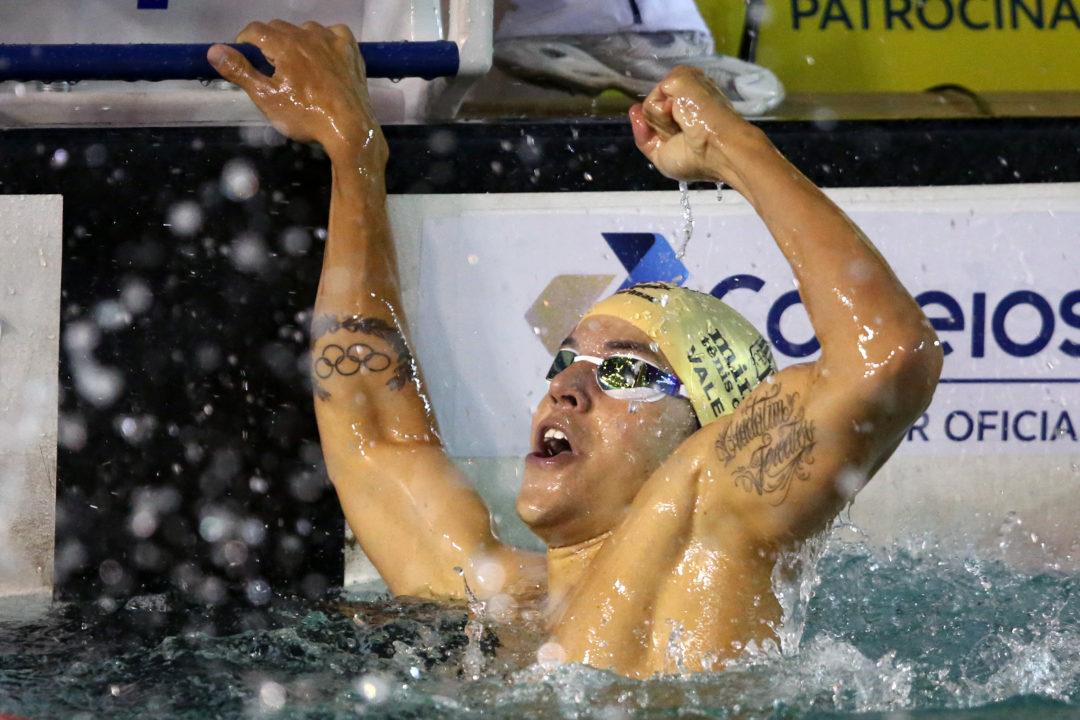 2016 Olympian Miguel Valente was one of six individual champions on the first day of the 2018 Brazil Open. Current photo via Satiro Sodre/SS Press

With most of the big stars coming off of Short Course Worlds, there aren’t a lot of big names competing at the 2018 Brazilian Open, but that didn’t meant there weren’t any exciting races on the first day.

The finals sessions opened up with a tight contest between Garbrielle Roncatto and Viviane Jungblut in the women’s 400 free. Roncatto jumped out with an early lead, and was over eight-tenths of a a second ahead at the 150m mark. Jungblut pulled ahead at the 250m, but the two battle stroke-for-stroke down the final stretch, and Roncatto just out split Jungblut 30.40 to 30.47 over the final 50m to take the win 4:14.63 to 4:14.65.

Jennifer Conceição, I think, would be her name.