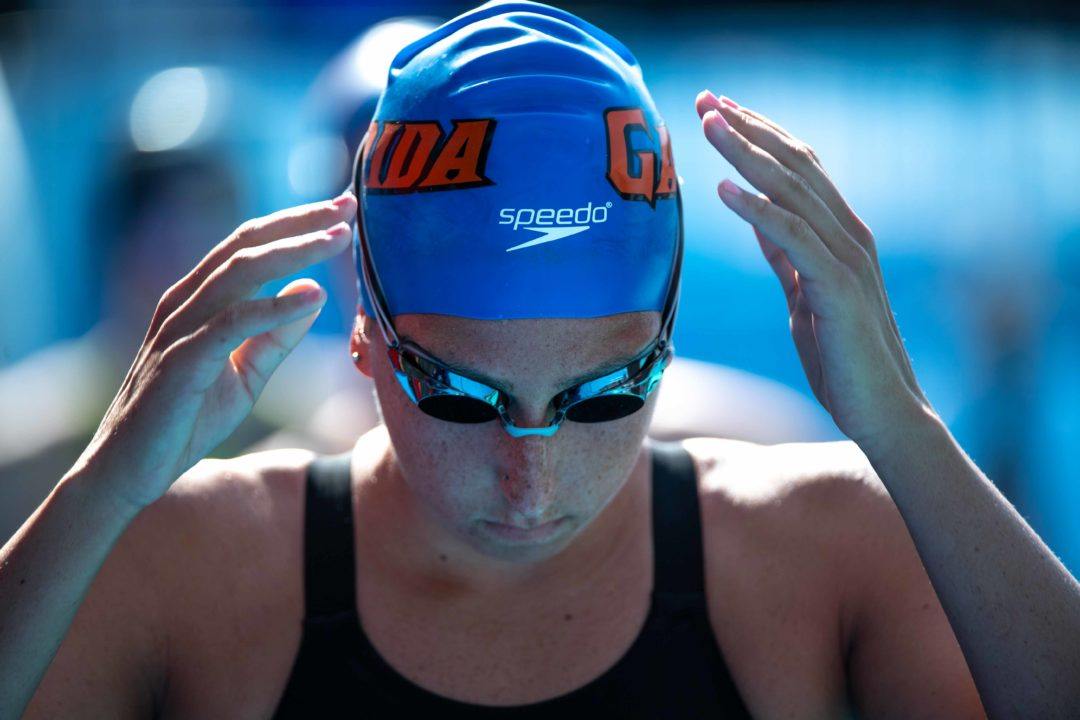 After scoring just 11 points at NCAAs in 2018 (and zero the year before), the Florida Gator women are projected to score nearly 200 this year in our current Swimulator rankings, good for 8th nationwide. Archive photo via Mike Lewis/Ola Vista Photography

While the Florida men surged, the Gator women had struggled mightily under the last few years of the Gregg Troy regime. New head coach Jeff Poppell, a former Troy assistant, has revitalized a team now separate from the men’s program with which it used to be combined.

Of Florida’s 11 points last year, 8 came from diver Brooke Madden, whose contributions aren’t accounted for in the Swimulator (which uses in-season times to track only swimming points projected). In addition to junior Sherridon Dressel (who scored the other 3 points last year), the Gators have six other women ranked inside the top 16 nationally at the moment, along with two more close. You can see the full list below, including current projected Swimulator points and each swimmer’s output last season.

And the returning swimmers are by-and-large swimming much faster this fall than they did at this time last year. Here’s a comparison of top times from this season and last season among the upperclassmen appearing in our Swimulator ranks:

Then, too, the freshman class has been sensational. Poppell and his staff have three freshmen already ranked within NCAA scoring range in the Swimulator, and all three have gone lifetime-bests within their first three months as Gators:

In fact, Florida’s freshmen are currently ranked to score 84 points in the Swimulator – more than any other program in the nation, including the top-ranked recruiting class from Stanford (projected: 68 points).

He is the REAL DEAL in every way. Keep em going Coach.