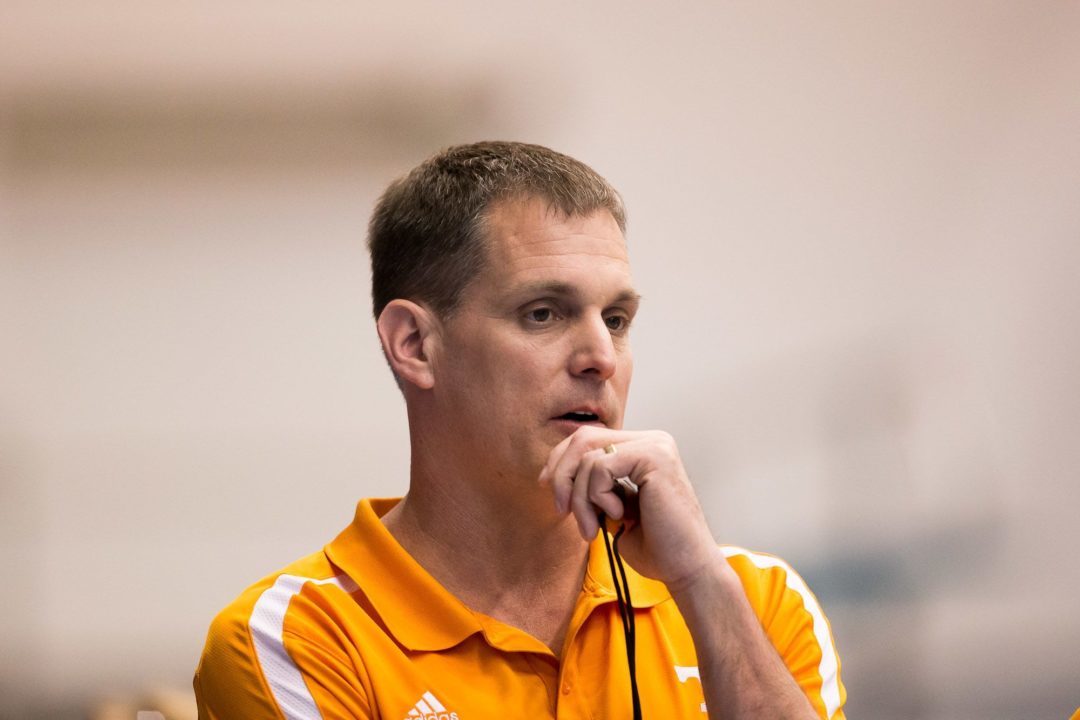 Together, the University of Tennessee's men's and women's teams rose a combined 11 spots in our post-invite Power Rankings after breakout performances at home. Archive photo via Tim Binning/TheSwimPictures.com

Together, the University of Tennessee’s men’s and women’s teams rose a combined 11 spots in our post-invite Power Rankings (here and here) after breakout performances at home.

Most notable is sophomore Erika Brown, who has risen from obscurity to become one of the nation’s best and most versatile sprinters. Brown entered college as a 22.8/48.9 sprinter – a nice prospect, but not yet a world-beater. She had modest drops of about half a second in both events as a freshman, but her sophomore campaign has been explosive.

Brown kicked off December by going 50.33 in the 100 fly on December 1, a time that leads the nation by a tenth of a second. The time was a 2.3 second drop, and since the beginning of this college season, Brown has dropped nearly five full seconds in the 100 fly. Check out her progression below:

Kredich also has transfer Stanzi Moseley swimming faster than she has since high school, sophomore Tess Cieplucha swimming lifetime-bests in the 200 IM and 400 IM, among others, and Kyle Decoursey knocking on the door of an 18-second swim in the 50 free. Kredich also gets credit for post-grad breaststroker Molly Hannis, who became just the second woman in history to break 57 seconds in a 100 breast swimming a time trial at the Tennessee Invite.

And an amazing human being to boot!!

Keep up the good work coach Kredich! Tennessee swimming is moving in the right direction.

Best Coach In the business