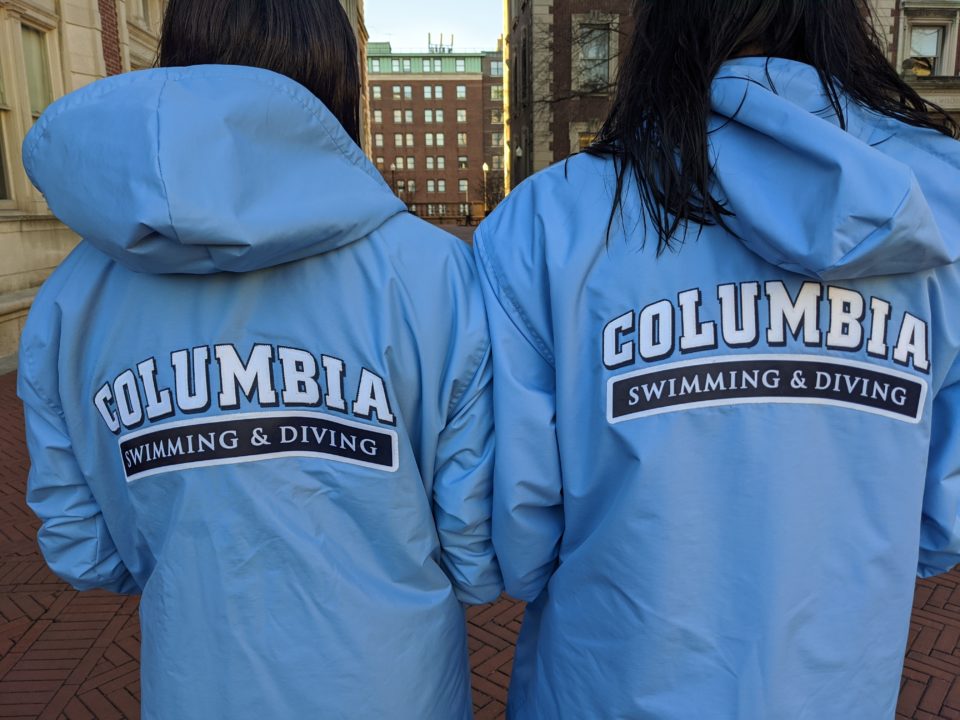 Penn freshman and US National Teamer Matt Fallon will be skipping the USA’s Trials next week due to a conflict with final exams.

The Columbia Lions welcomed in-state Ivy League foe to New York City on Sunday and put up a dominant performance, winning 172-108. The Lions posted the top time in every swimming event and exhibitioned all of their entrants in the 100 fly, 200 IM and 200 free relay en route to victory.

The Lions were led by junior freestyler Olivia Jubin, who won both of her individual events. In her first event, the 200 free, Jubin won handily, posting a 1:50.89 to win by over two seconds. The Lions then finished 2-3-4 behind her, with Callie Breiter touching in second, Clare Larsen touching third and Tina Le finishing in fourth. The Alexandria, Virginia native then returned to win the 500 free as well, touching in 5:00.77 to win by a second over teammate Ana Eyre. Jubin’s season bests stand at 1:49.42 in the 200 and 4:57.78 in the 500.

Fellow Lion Allison Martin also posted the top time in her two events, winning the 200 fly and touching first in the exhibition 200 IM. The first year from McLean, Virginia started her day with a dominant 4 second victory in the 200 fly, touching first in 2:01.42. That swim marks a new season best for Martin and is just .03 off of her lifetime best from last spring. She returned later in the meet to touch first and post a new lifetime best of 2:03.22 in the 200 IM, shaving .02 off of her preview best of 2:03.24 from December’s ECAC Winter Championships.

Columbia returns to action on Friday when they travel to the Garden State to take on Princeton, while Cornell will welcome Brown to Ithaca on Friday.