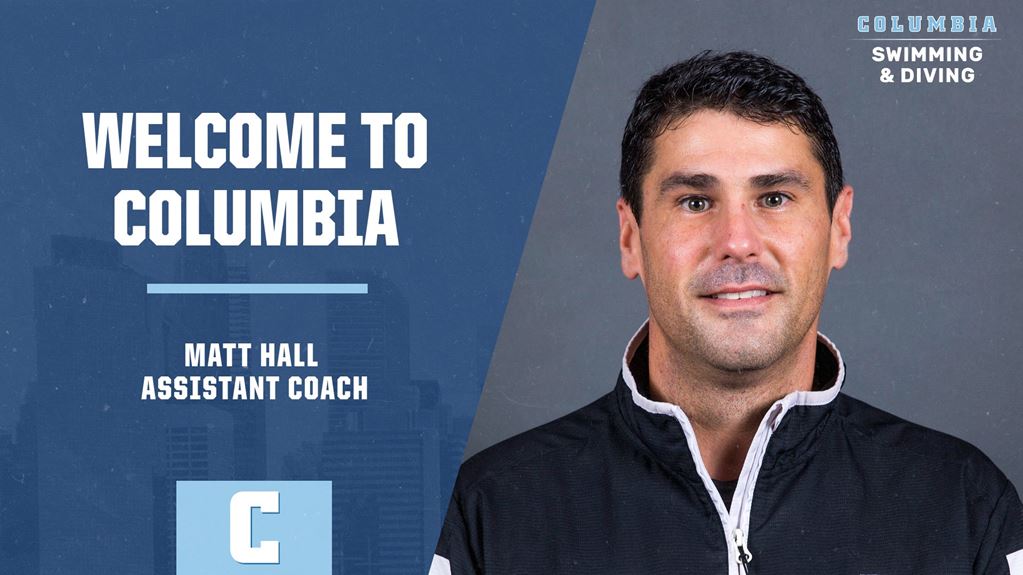 Matt Hall, who spent the past 2 seasons as a volunteer assistant at LIU and a full-time assistant at Asphalt Green, has joined the Columbia coaching staff. Current photo via Columbia Athletics

The Columbia women’s swimming & diving program has announced the hiring of Matt Hall as the program’s new assistant coach. He fills the spot previously held by Demerae Christianson, who was hired by Columbia in the summer of 2015 and promoted to associate head coach in the summer of 2018.

Hall has spent the previous 2 seasons as a volunteer assistant with the women’s swimming & diving program at another Division I program in New York, Long Island University (LIU), and with the Asphalt Green Unified Aquatics club program.

Hall will continue his responsibilities with Asphalt Green in parallel to his position at Columbia, saying that the schedules align well. Hall currently works with the 11-12 age group there.

His previous coaching job was as an assistant with the Wilton Wahoos in Connecticut, where he was the primary coach of the 13-14 age group.

As a student-athlete at the University of Tennessee, Hall was a 9-time NCAA Division I All-American in the late 1990s. That includes winning the SEC conference title in the 500 free in 1997, and holding the varsity team record in the 400 IM from 1997 through 2004.

After graduating from Tennessee in 2001, he worked in advertising until returning to the pool deck in 2005 as a coach.

Columbia, like the rest of the Ivy League, is not participating in the 2020-2021 NCAA season over concerns about the ongoing coronavirus pandemic. The school has moved most classes into a fully online format, though some courses are being held in person. Hall says that he is jumping into the recruiting cycle for the class of 2022 in coming weeks and is hopeful that he can begin to coach student-athletes in the spring term, depending on the university’s ability to “phase in” athletic activity on campus.

Christianson was previously an assistant coach at Auburn and Arizona State, a two-time World University Games medalist, and a 3rd-place finisher in the 100 fly at the 2004 US Olympic Trials. Christianson is now working as a college recruiting consultant at Brackin Elite Swim Training.

I got my start in coaching by shadowing and assisting Coach Matt way back in his “Squid Squad” days. He taught me so much about how to make kids fall in love with the sport and make that jump from swim lessons to swim team.

Congrats on the new job Coach Matt! Columbia got a good one!