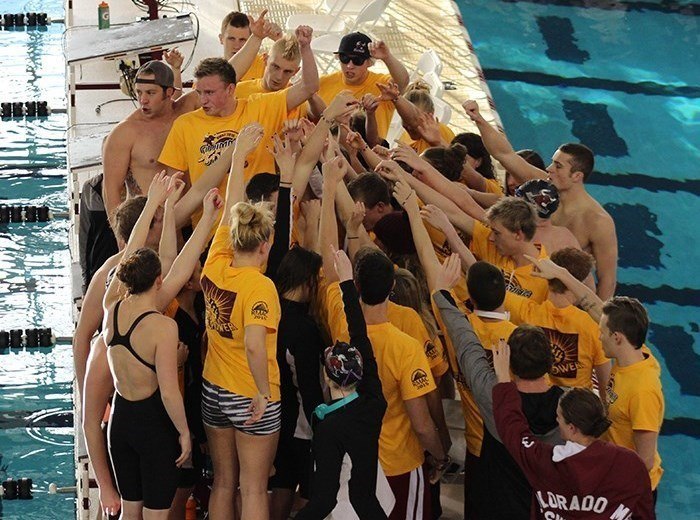 Colorado Mesa University head swimming and diving coach Ron Allen announced that 10 women and 20 men have committed to join the Mavericks for the 2015-16 season. Current photo via Colorado Mesa Swimming and Diving

“The amount of talent in this incoming class, both in the pool and the classroom, is going to make a dramatic and immediate impact on our team,” said head coach Ron Allen. “With the addition of 10 divers, our diving coach Logan Pearsall is making a name for himself very quickly. The group includes a mix of freshmen and transfers that will improve the team both in the short and long term.”

Christopher Radomski – Texarcana, Texas (Drury University)
Finishing sixth in the Great Lakes Valley Conference Championships in the 100 fly as a freshman at Drury…Texas 4A State Champion as a senior in the 100 fly and fifth in the 50 free…Earned CSCAA Scholar All-America.

Parker Twiss – Twin Falls, Idaho (Twin Falls Senior High School)
2013 Idaho High School State Champion in the 100 breast and second in the 200 individual medley…Received the Daniel Dewey Award for Outstanding Sportsmanship…Dean’s List at the College of Southern Idaho (CSI)…Multiple 4.0 semester GPA’s at the CSI…Member of the 2014-2015 CSI Senate…Competed at the 2014 Arizona Grand Prix.