Cody Miller Training Week Vlog #1: The Most Painful 400 IM Ever 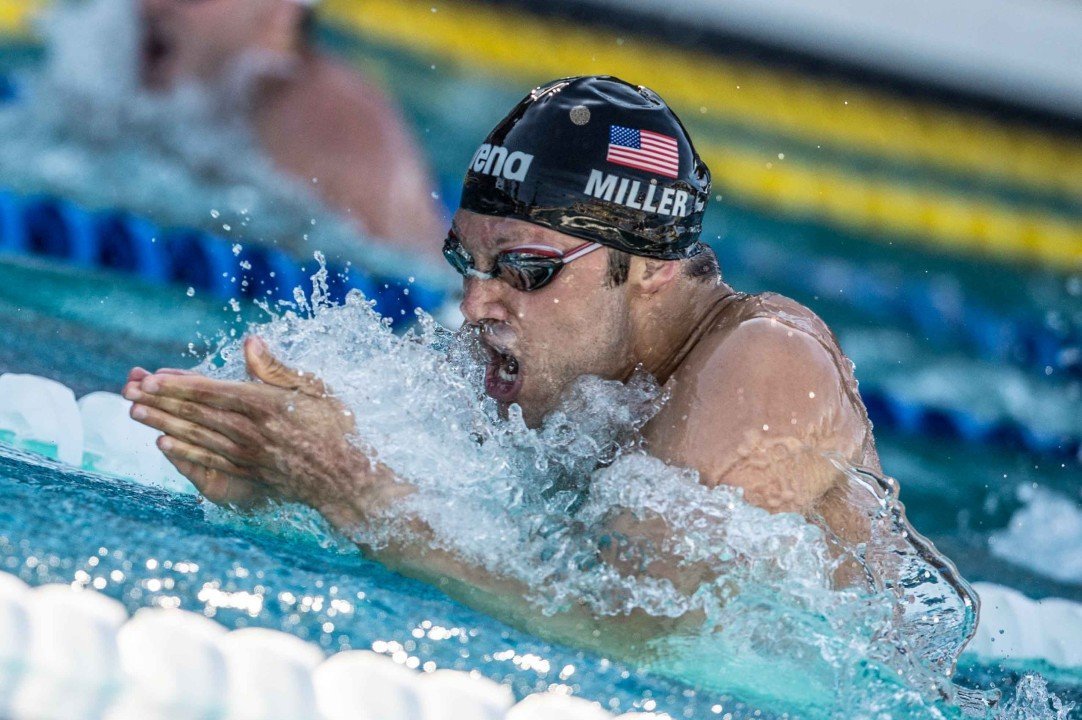 This week, Cody Miller‘s YouTube Vlog, which is one of the best new things in swimming recently, is going next-level. This... Archive photo via Mike Lewis/Ola Vista Photography

This week, Cody Miller‘s YouTube Vlog, which is one of the best new things in swimming recently, is going next-level. This entire week, Miller will be posting a daily Vlog, but instead of being focused on his typically-wide range of topics like his relationship, his diet, or his “what’s it like” videos, this week, his videos will be hyper-focused on training.

Elite swimmers and coaches will occasionally reveal a set or two at a clinic or when we ask them, but to get any kind of substantial training block, even a week, for the world’s best athletes is a rare find indeed – trust me, we’ve tried.

Miller kicked it off on Monday with a video called “Most PAINFUL 400 IM EVER.” Miler buzzes through his morning workout and weights session and then focuses on the afternoon set. There’s a Lilly King cameo, though “she’s on taper,” so she didn’t have to participate.

Miller won 2 medals at the 2016 Rio Olympics: a gold as part of the American 400 medley relay and a bronze in the 100 breaststroke individually.

you are not the only one…

“There’s a Lilly King cameo, though “she’s on taper,” so she didn’t have to participate.”

Though she did pull out the “I’M NOT RESTED” after the 200 breast at Big 10s, soooooo

(No one is ever rested.)

I noticed how she stuck that in during one of her post-race interviews.