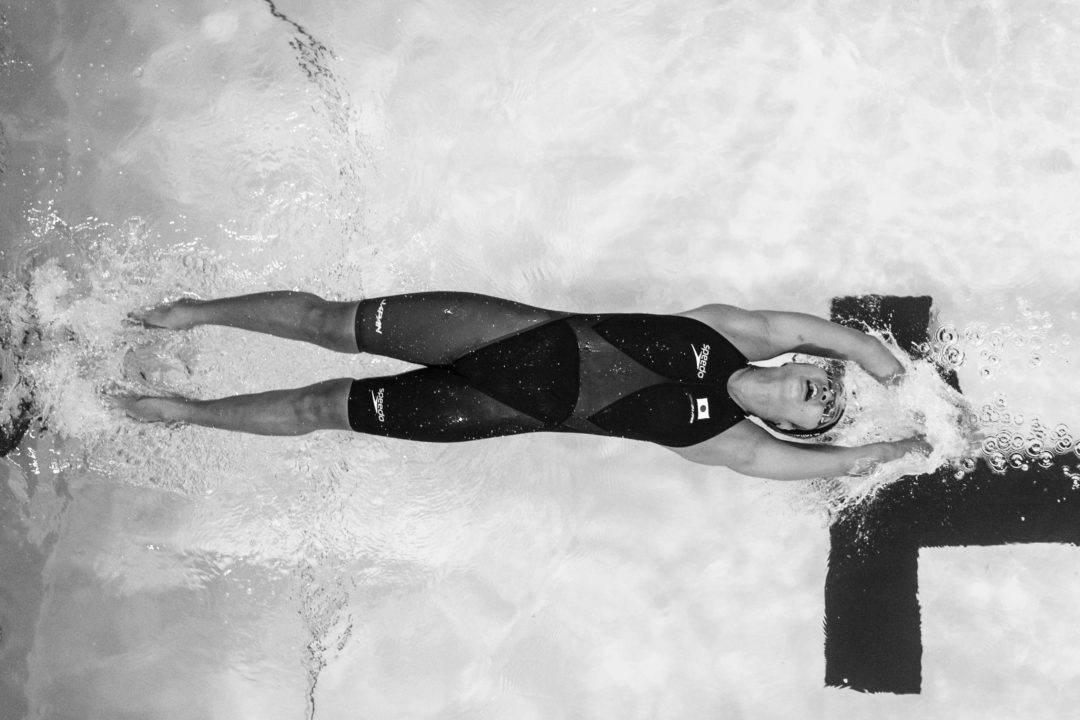 Looking to make some striking improvements to your swimming? The quickest way to becoming a faster swimmer is not the way you think. Current photo via Mike Lewis/Ola Vista Photography

In the span of less than ten years Sir David Brailsford would take a British cycling program that occasionally medaled at the Olympics and turned it into the most successful sport of any kind in British history.

Not only would his squad of athletes completely demolish the competition at both the Beijing and London Olympics with a combined 16 gold medals, but Brailsford’s direction would be applied to the road as well, with back-to-back Tour de France winners both in 2012 and 2013.

The strategy he implemented for this dazzling success? Something he calls the “aggregation of marginal gains.”

Wilhelm Steinitz, an Austrian-American who became the world’s first undisputed chess champion in the 19th century, realized that a great deal of small advantages that may not be decisive individually could be overwhelming collectively. He understood that victory didn’t have to come in the form of one giant, sweeping move, and that it very rarely did.

Taking his cues from Steinitz, Brailsford took British cyclists apart piece-by-piece and started hunting out the areas where the athletes could make small improvements. Some things he would work on improving seem fairly obvious, and are rightfully fundamental:

But Brailsford would extend this philosophy into the outer areas of performance that typically go ignored. Things like hygiene and finding the most effective handwash. Or finding what pillows and sheets provided an athlete optimal rest, and then trucking those pillows from hotel to hotel during training. Even figuring out what massage gel worked the most effectively.

Things that seem benign, trivial, or completely irrelevant. In other words, the things that almost everyone ignores.

The results were undeniable.

When Brailsford took the position of performance director at British Cycling in 2003, British Cycling was a minor player on the track. With Brailsford behind the wheel for less than a year, the British cyclists won 2 gold medals in Athens.

But this would be just a teaser for what was to come.

In Beijing in 2008 his cyclists would run roughshod on the competition on their way to winning 8 gold medals. Four years later they would repeat the feat on home soil piling on another 8 golds.

The success would spill out onto the road as well.

In 2009 he was made the new General Manager of Team Sky, with a stated aim to win the Tour de France within 5 years. Instead, he would win two, with Bradley Wiggins becoming the first Briton to win the Tour in 2012, with teammate Chris Froome placing second.

THE TAKEAWAY FOR SWIMMERS

In a sport that separates gold from silver by hundredths of a second you don’t need me to tell you that the little things matter.

An overwhelming majority of swimmers don’t have biomechanics, dietitians and space scientists at their disposal, nor do many athletes in the pool have access to all the gadgets and equipment that British Cycling has at the ready. (On a relatively random note, Team Sky’s van is called the “Death Star.” Sweet.)

But you don’t need all of that to make this philosophy work for you.

There are a heap of things you can already be doing better or differently that directly impact your swimming. I know sleep in particular is something that many swimmers could hack a little bit. Things like nutrition, hydration and recovery are all things you can immediately improve and see noticeable effect.

With a little bit of patience, and some self-awareness as to where you can make some mini improvements, you too can use the “aggregation of marginal gains” to see improved performances in the pool.

Where are the 1% improvements in your swimming?

When it comes to swimming,Bill and I are watching all we can from this mountain top home, Such a thrill to see what is going on. Thanks swimswam!

Excellent article and product! I’ve been doing mental training for twenty years with my swimmers and every coach can benefit from including this idea in their program. Thanks!

Hi Bill, I would like to introduce that with my junior (11-13) competitive swimmers, any particular resource as a starting point?

Yes, the marginal gains theory. Hello, Mr. Wiggins!!! How are your TUEs today?

That doesn’t really tell the whole story – As Russian hacks revealed TUE abuse was widespread across every sport and every country – So, that doesn’t explain the success, to suggest it does totally misunderstands the TUE abuse epidemic. British Cycling had a few things align – A hugely talented generation (A quick look at Junior results 2005/2006/2007) would have made the domination fairly unsurprising. The reason? British Cycling created a military like plan of systematically going school to school across the UK, involving children in activities etc where they were tested – This has involved tens-of-thousands of children. Not only that – They went to other sports – The two female sprint cyclists who represented GB in Rio were:… Read more »