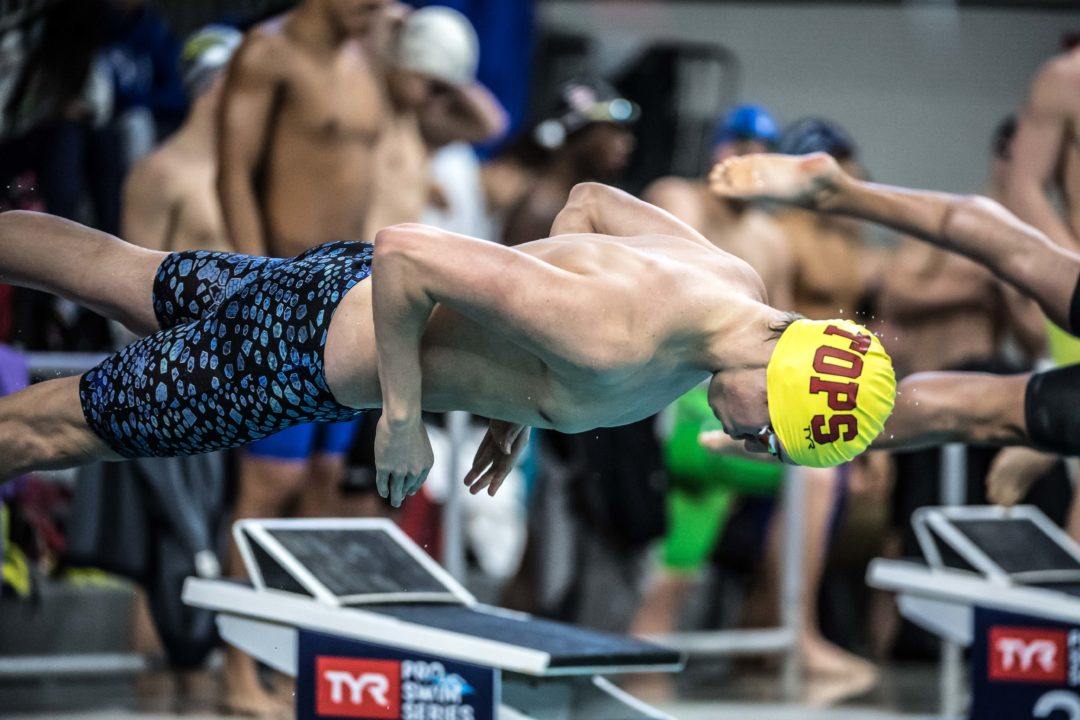 The boys of Discovery Canyon and Greeley West are expected to have a tight battle at the 4A Colorado HS State Championships. Stock photo via Mike Lewis/Ola Vista Photography

The Colorado High School State Championships continues with the Boys’ 4A finals coming up Saturday afternoon. The boys of Discovery Canyon and Greeley West are expected to have a tight battle. Scoring out prelims, the two teams are only separated by 2 points. Looking at individual scorers, Discovery West has 10/3 in the A/B finals while Greeley West has 8/8.

The defending champs, Windsor, are only expected to score 100 points less than the Discovery Canyon/Greeley West battle in 5th. The team has 7 A-finalists along with 2 relays in the A-final.

With Kenigsberg’s close pursuit to earn top spots for Greeley West, teammate Baylor Lewis is #2 seed in a tightly-seeded 100 breast. Lewis is seeded with a 58.54, right behind top seed Joshua-Ryan Lujan of Pine Creek (57.78). Swimming under a minute behind the duo are Cheyenne Mountain’s Gabe Grauvogel (58.61), Broomfield’s Sam Anderson (59.18), and Golden’s Tate Warner (59.53).