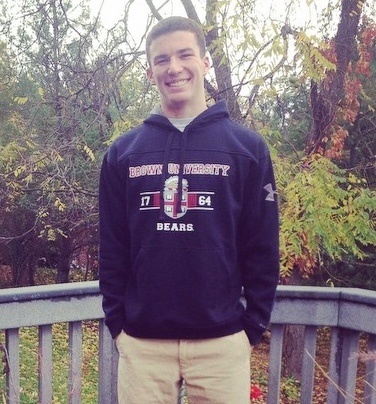 Club Wolverine’s Matt Orringer has committed to swim for Brown University beginning in the fall of 2015.*

“I chose Brown because of the amazing academic atmosphere, campus, team, coaching staff, and world class facilities. I cannot wait to become part of the Brown Swimming and Diving family. Go Bruno!”

Orringer also swims for Ann Arbor Skyline High School and is a six-time individual Michigan All-State swimmer and three-time team MVP. He swims a wide range of events, but his strongest are the IMs, distance freestyle, and fly races. Orringer is a USA Swimming Scholastic All-American and a National Merit Scholarship Semifinalist.

*DISCLAIMER: Orringer has not yet been officially accepted to Brown. As is true with all Ivy League schools, Brown’s Admission Office will not send its acceptance letter until the beginning of December, along with those of all Early Action candidates. The procedure for a recruited athlete like Orringer is for Admissions to review his transcript and SAT scores, “support (his) application for admissions in the fall,” issue a Likely Letter, then offer him acceptance into the class of 2019.

Congrats Matthew. A great addition to the Brown program

I was friends with his sister Katie.