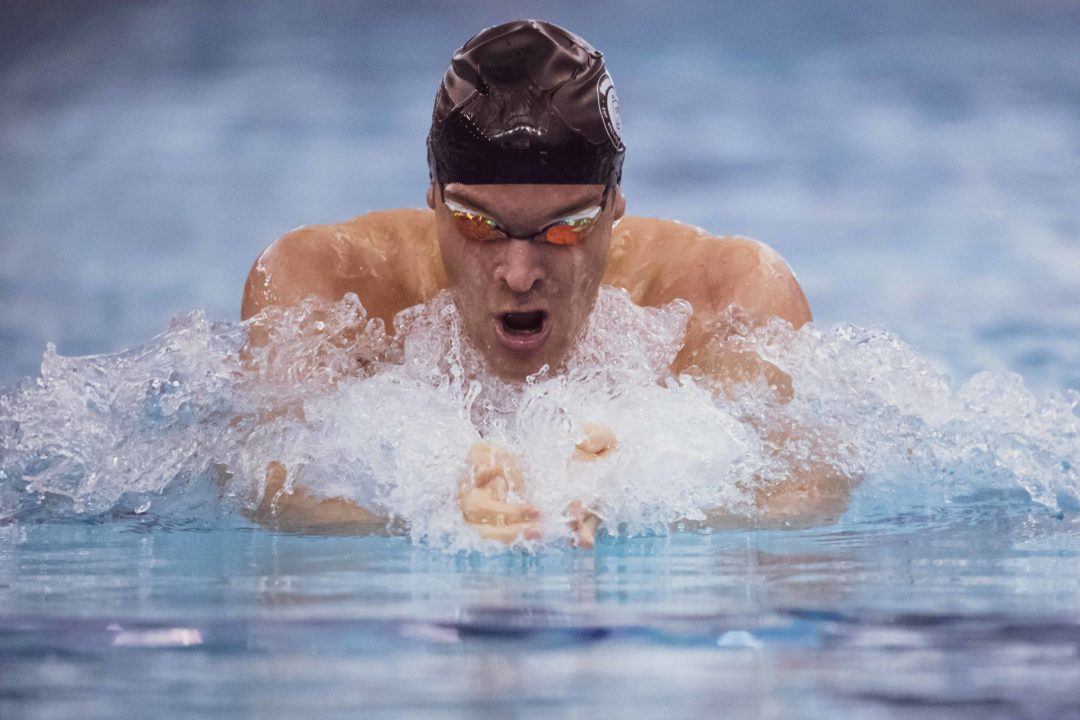 One of three Eastern Zone sectional meets being hosted this weekend, Christiansburg will run in short course yards and is pulling in most of the swimmers from the Middle Atlantic coast. That includes powerhouse teams like NCAP and Machine Aquatics out of the Potomac Valley; the Long Island Aquatic Club in New York; and clubs like the Enfinity Aquatic Club in North Carolina.

The meet will also include a few post-graduates from Sergio Lopez’s new pro group based out of Virginia Tech. That will be highlighted most significantly in the men’s breaststroke races, where Chuck Katis will race Brazilian veteran Felipe Lima, who is 33 years old and represented his country at the 2012 Summer Olympic Games. They’ll square off in the 100 breaststroke, while Katis will also race as the top seed in the 200 breaststroke (by more than 6 seconds).

Katis swam at Harvard and Cal and was a part of Cal’s 2014 NCAA title-winning 200 medley relay. He was 4th that year in the 100 breaststroke and 5th in the 200 breaststroke.