Chinese Olympians Must Sign No-Cheat Pledge Before Arriving In Rio 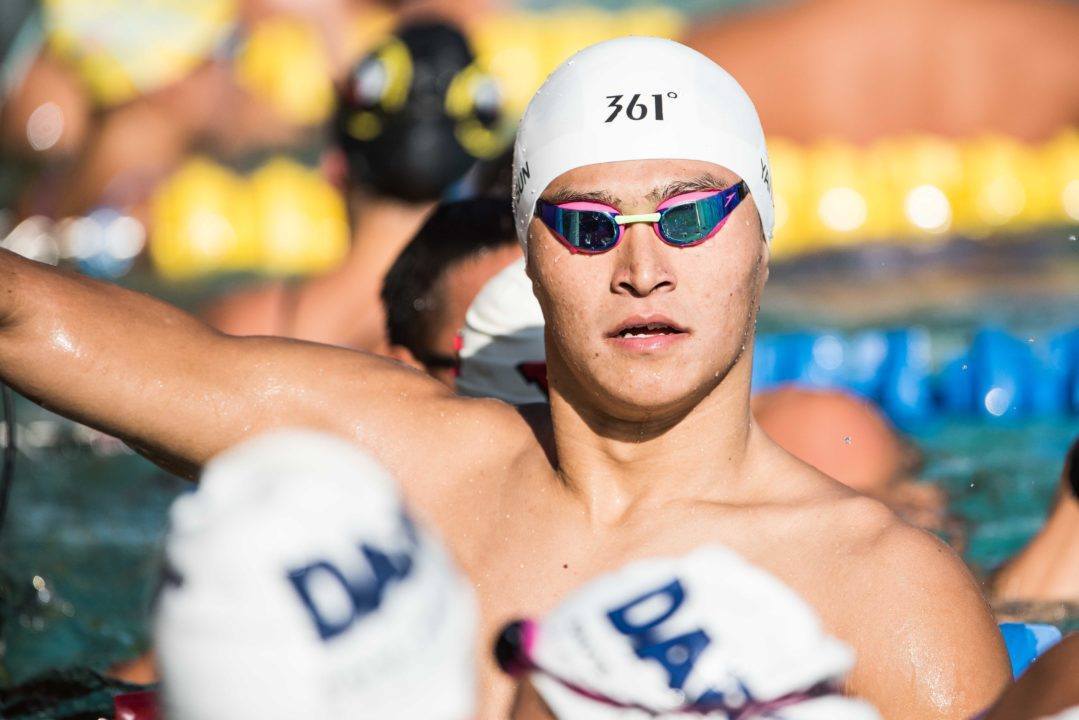 Sun Yang is one of 416 Chinese athletes who reportedly must sign a no-cheat pledge and also score a passing grade on a banned substances test before he can arrive in Rio. Archive photo via Mike Lewis/Ola Vista Photography

In the wake of Russia losing its appeal to have the Olympic ban against its track and field athletes lifted by the Court of Arbitration for Sport, the nation of China is reportedly taking a zero-tolerance stance on doping across its entire Rio contingent.

Vice Director of the General Administration of Sports in China, Gao Zhidian, told Xinhua News today that any athlete, coach or team doctor headed to Rio in an official capacity for the 2016 Olympic Games is required to sign a no-cheat pledge. Any violation of the pledge would result in ‘severe punishment.’

Additionally, the entire Rio-bound Chinese squad, which consists of 416 athletes, must pass a written exam covering the subject of banned substances. Gao said only those scoring 80% or better will be permitted to travel to Rio to represent China.

Also serving as the Deputy Chef de Mission for China, Gao stated, “China has been firmly against doping and has a zero-tolerance approach to this particular problem. We have made it very clear that we want to ensure fair play and the well-being of athletes.”

Of the recently announced Chinese swimming roster for Rio, two athletes have been subject to doping suspensions in the past as a result of testing positive for prohibited substances. World Record Holder Sun Yang served a 3-month suspension after testing positive in May 2014, while reigning 100m freestyle World Champion Ning Zetao was banned for clenbuterol in 2011.

The former World Junior Record Holder in the men’s 100m breaststroke, Wang Lizhou, also tested positive for clenbuterol earlier this year and was left off of the Chinese Olympic swimming roster.

That won’t stop anyone.

Hahahaha lets see how many break it

This is all for show.

Wow a severe punishment and Sun Yang tested positive and got a three (3) months suspension. Hate to see what the next person caught gets as they punishment!

No one called Sun Yang’s punishment severe. China is saying any if any Rio Olympians test positive it will be severe. I think China is glad that their doping problems are being overshadowed by Russia.

So does this just cover during the games or the training before ? Just want to know the extent so that the right definition of cheating is there

They should make them pinky swear too!

Reminds me of the pledge they tried to make the football players sign in Dazed and Confused.