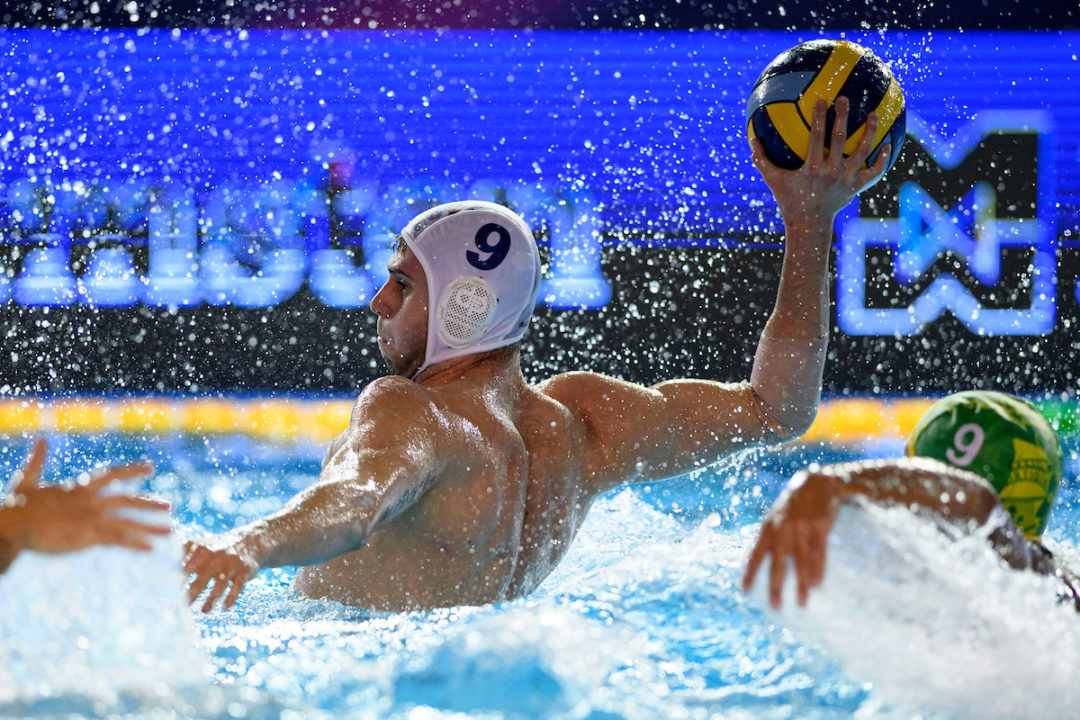 The Italians won the big game against Olympiacos with ease, while Ortigia forced Jug into a real battle but the Croatians prevailed at the end. Current photo via Deepbluemedia/P. Mesiano

UC Santa Barbara put out an emergency alert on Tuesday after 10 members of the women’s water polo team tested positive for COVID-19.

Recco and Jug kept their respective perfect records as they won their 4th match in Ostia. The Italians won the big game against Olympiacos with ease, while Ortigia forced Jug into a hell of a battle but the Croatians prevailed at the end. On Tuesday the two leaders face off each other. Spandau and Marseille staged a thrilling match and at the end both teams claimed its first point this season respectively.

The game of Recco and Jug shall be huge as both teams arrive to the big match with a 4/4 record. A bit surprisingly, Recco had an easier match on the opening day of the second tournament as they started dominating in the encounter with Olympiacos from the second period. Though they led ‘only’ 3- 5 at halftime but three goals in 2:21 minutes early in the third did the damage – after 3-8, the Greeks left very slim chance to come back. They tried, netted three in a row and at 6-8 their hopes looked stronger but Recco replied with a double in 42 seconds still inside the third and there was no way back for Olympiacos.

Indeed, the Greeks – who upset Recco both in the 2018 final and in the 2019 semi-final – lacked the necessary energy as eight of their players had an exhausting Olympic Qualification Tournament just a week earlier. It became painfully visible in the fourth as Recco widened the gap by netting four more. The next Greek goal came at 6-14, after a drought of 8:44 minutes.

Also, Olympiacos’ defence was missing the ‘Croatian’ factor as their foreign stars including Olympic champion Croatian goalie Josip Pavic had given big stability in the back in the previous seasons – they’d gone and this game offered a sharp contrast as Recco’s Marko Bijac, a Croatian, finished the match with 10/16 (62.5%), while Olympiacos’ Emmanouil Zerdevas was substituted in the fourth when he stood with 6/18 (33.3%).

Earlier Jug and Ortigia produced a really exciting match, though it didn’t seem to turn into a thriller in the first period as the Croats jumped to a 3-0 lead and kept that lead till halftime (5-2). But two fine action goals from Ortigia in 52 seconds early in the third heated up the contest and from that point the

Italians kept Jug under huge pressure. They managed to score four goals in this quarter so the Croats led only 7-6 before the final period. The last eight minutes offered a tremendous fight, both goalkeepers came up with fantastic stops – Toni Popadic and Stefano Tempesti both produced 60+% saving percentages, the legendary Italian had 13 catches altogether. At the end, this period saw only a single goal and it came from Loren Fatovic with 1:47 to go which decided the outcome.

Marseille and Spandau went for the first points in this season. The French had started the main round with high hopes but left Ostia empty handed in December after three narrow defeats. Spandau had seemed to be more vulnerable back then – but now the Germans showed their ‘old face’, played with discipline, strength and precision and the French found themselves 5-2 down deep into the second period. But they responded well, shut out their rivals for 7:31 minutes and came back to even during that phase for 5-5. Spandau took back the lead twice but the French could reply both times, Ugo Crousillat scored from action 63 seconds from time to tie the match – though this result did not make either team happy.