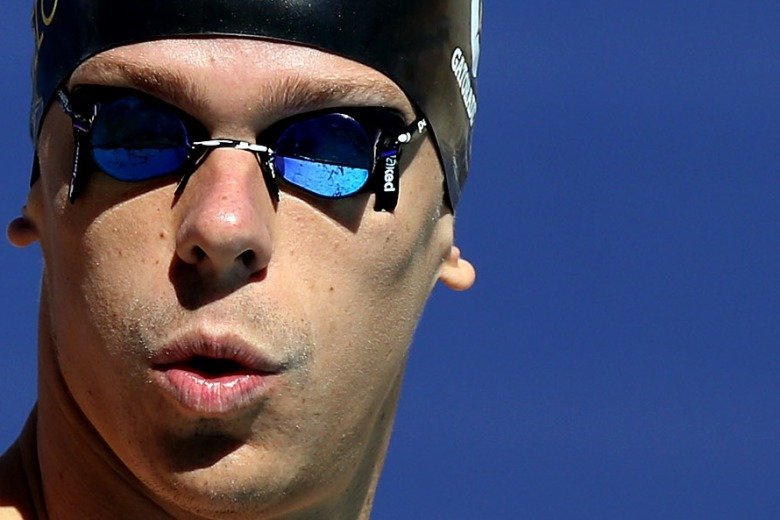 Cesar Cielo and his model girlfriend Kelly Gisch are expecting a baby as the clock slowly turns bringing the Rio 2016 Olympic Games closer and closer. Current photo via Satiro Sodre/SSPress

The penalty handed to Bertola encompasses the time period between January 2020 to January 2024 as a period of exclusion from competitive swimming.

Athletes from various Olympic sports will have flights, accommodation and meals paid for over a six-month period, with Portugal the first confirmed location.

Cesar Cielo and his model girlfriend Kelly Gisch are expecting a baby as the clock slowly turns bringing the Rio 2016 Olympic Games closer and closer.

The question remains whether or not Cielo will compete past 2016. There are many swimmers that compete well into parenthood, however due to his age and longevity of his career, the question is certainly unavoidable. Cielo is currently 28-years-old and has had a fairly illustrious career since the 2008 Beijing Games.

He’s been synonymous with sprint-freestyle, earning himself twelve major long course international medals at either the Olympic Games, World Championships, or Pan Pacs. He’s the current world record holder in the 50m freestyle from his 20.91 that he swam in 2009.

With a baby on the way, this could very well be his last World Championships. Cielo is currently ranked third in the world this year with a 21.84 in the 50m freestyle.

A win this summer would make him one of the only swimmers to four-peat in an individual event at the World Championships. With the potential for his career to wind down, their is a lot of potential history to still be made.

Recently he said he would go until 2020 for relay duties. He would stop individual after 2017 worlds and then focus on 100 for relay.

Who does Brazil have for 2020. Santana will be the star by then. Cielo, Fratus, Chierighini will be good but old. Do they have any more up and comers in the 15-16 age range?

Felipe Ribeiro is 16 years old and went a 49.1 in the 100 free LCM this past weekend. Also Pedro Spajari is 17 and went a 49.7 at Maria Lenk throphy. Think Brazil is in good shape for the future