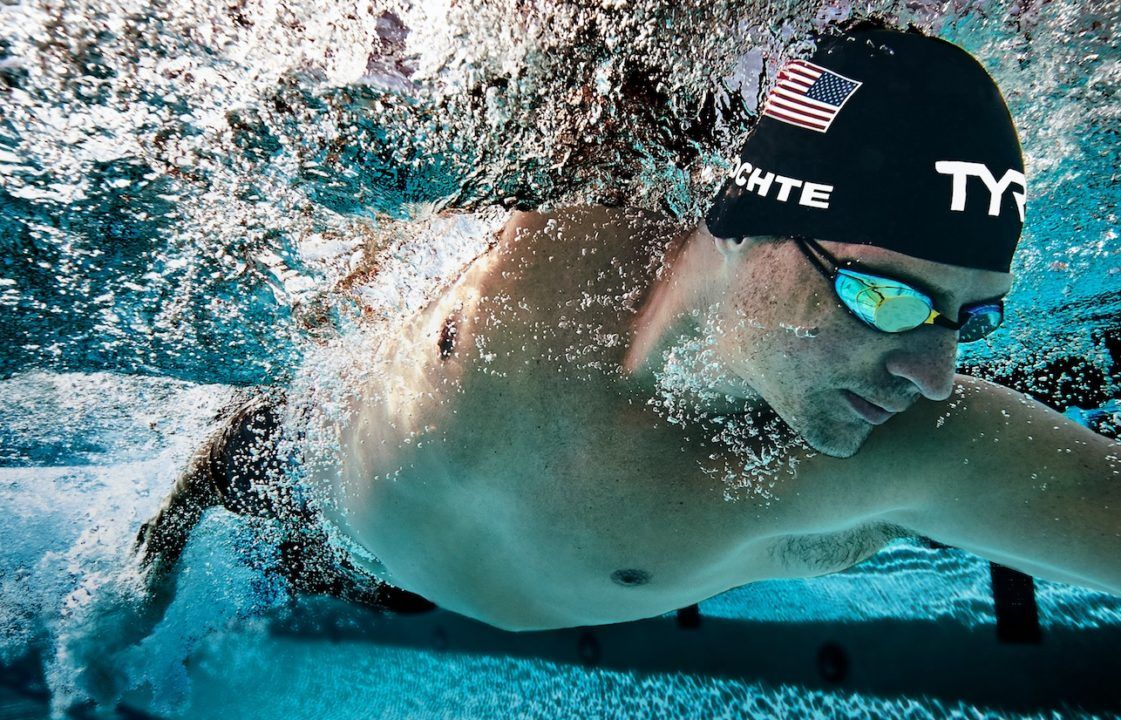 Ryan Lochte will gun to become the first Head of Household tonight on the second episode of Celebrity Big Brother Season 2. Archive photo via TYR

After an eventful episode one, six-time Olympic champion Ryan Lochte will be back on episode two of the second season of Celebrity Big Brother tonight on CBS.

Lochte, partnered with actor Jonathan Bennett, won the first Head of Household challenge last night, but found out afterwards the two of them will battle head-to-head to find out who will actually become the first HOH. Whoever loses will instantly be nominated for eviction.

This is exciting. Go Ryan, go!

I’d love to be on this program pitting my skills against Bobo Gigi. I’d even race him a 400 to force him off the show! That would be so sweet!

I have a certificate of swimming! In elementary school we had to swim a 400 breast under 20 minutes. I did it. 🙂
Not sure I could do it today. My thing is cycling right now.

Me in that pathetic show?
I’d even prefer eating spinach than being enclosed 10 minutes with the gangster and big fraud Scaramucci! And you can’t imagine how much I hate spinach!

I love how there is now a Live Recap for a tv show Lochte is on. This is the closest I’ll get to ever watching the show.

Brains rotting across America. I will be reading some Faulkner tonight to balance out the karmic stupidity. Ommmm.