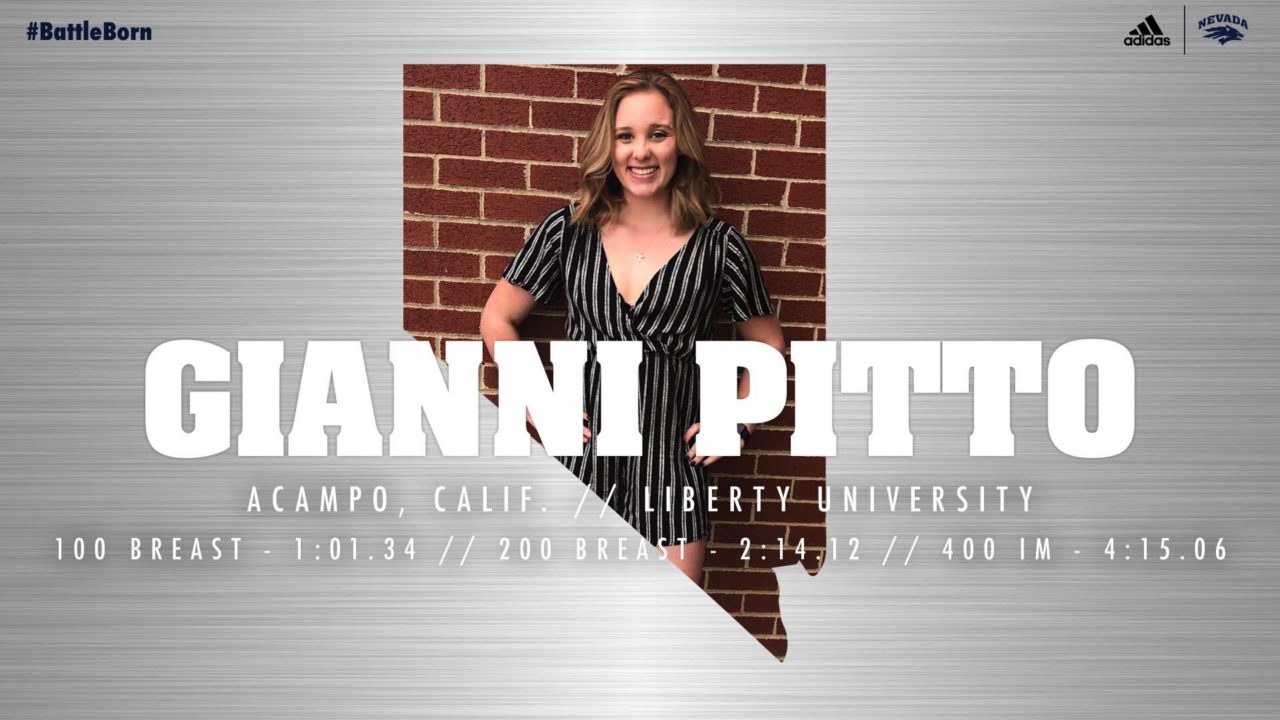 After 1 season at Liberty, Gianni Pitto will transfer to Nevada for the 2019-2020 season: bringing her about 38 hours closer to home. Current photo via Nevada Athletics

Just a few days after entering the NCAA transfers database, 2019 CCSA Conference Champion and Most Outstanding Freshman Swimmer Gianni Pitto has found her landing spot: at the University of Nevada. She is expected to have 3 years of eligibility remaining.

Her new team takes her much closer to home – Reno, where Nevada is located, is only about a 2-and-a-half hour drive from her native Lodi, located in California’s Central Valley region. Liberty, meanwhile, is located all the way across the country in Virginia – a 41 hour drive.

She also won a program-record 20 individual events during the regular season, and was the 2019 CCSA Champion in the 400 IM – tapering off more than 5 seconds for that meet. In total, she scored 97 (out of a possible 105) points individually at that meet, and was a part of Liberty’s winning 400 medley relay.

Nevada finished 2nd at last year’s Mountain West Conference Championship meet. The Mountain West is a little deeper than the CCSA – Pitto’s best times last season would  have ranked her:

In spite of her high scoring at CCSAs, Pitto’s breaststrokes didn’t progress much as a freshman, though she dropped more than 4 seconds in the 400 IM.