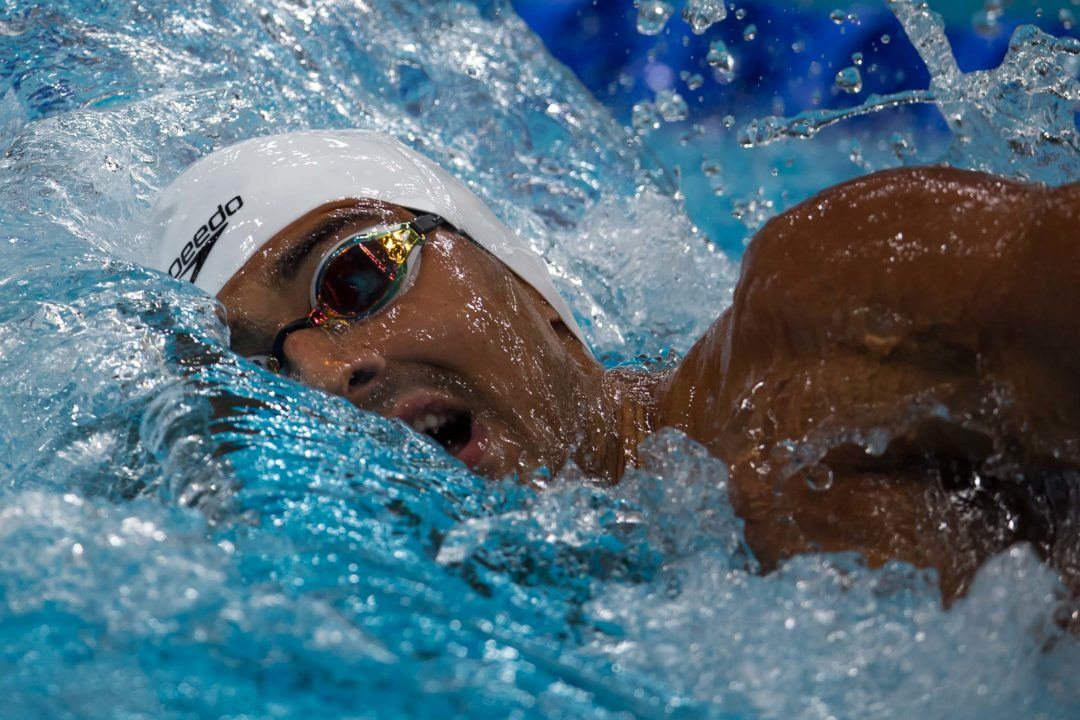 The Trojans stayed perfect this weekend as the USC men traveled to Cal Poly for the 2nd dual meet of the season. Archive photo via Mike Lewis/Ola Vista Photography

The Trojans stayed perfect this weekend as the USC men traveled to Cal Poly for the 2nd dual meet of the season. They brought home the victory with 153 points to Cal Poly’s 141 points. Patrick Mulcare was once again instrumental to their success, while Dylan Carter joined him in winning multiple individual races on Saturday.

Senior Dylan Carter and junior Patrick Mulcare captured two events each to lead the USC men’s swimming and diving team to its second road win in 24 hours, a 153-141 victory at Cal Poly on Saturday (Sept. 30).

The Trojans captured both relays, taking the 400y medley relay with Tribuntsov, junior Billy Monjay, Carter and Condorelli going 3:16.89 and then finishing the meet with a 1:22.04 to win the 200y free relay with Condorelli, Carter, Grissom and Tribuntsov.

Overall, Cal Poly had 16 swimmers finish in the top three of the 12 individual swimming events.

The Mustang team of Dominic Dalpiaz, Zack Allen, Tony Casaccia and Paul Rogers finished second in the 200-yard freestyle relay with a time of 1:23.04.

Next Saturday, October 7, Cal Poly will host their annual Green vs. Gold Intrasquad exhibition. That will begin at 10 a.m. at Anderson Aquatic Center.

Cal Poly winning both the 500 and 1000….. let’s hope the USC distance group is getting absolutely hammered right now.

Glinta dropping a second in a say… learning how to race SCY. Gonna be dangerous this year

At this rate, I expect negative times by December.

USC has a pretty good shoot at the medley relays Glinta or Ralf on back, Carter on fly, Vissering on breast, Santo on free