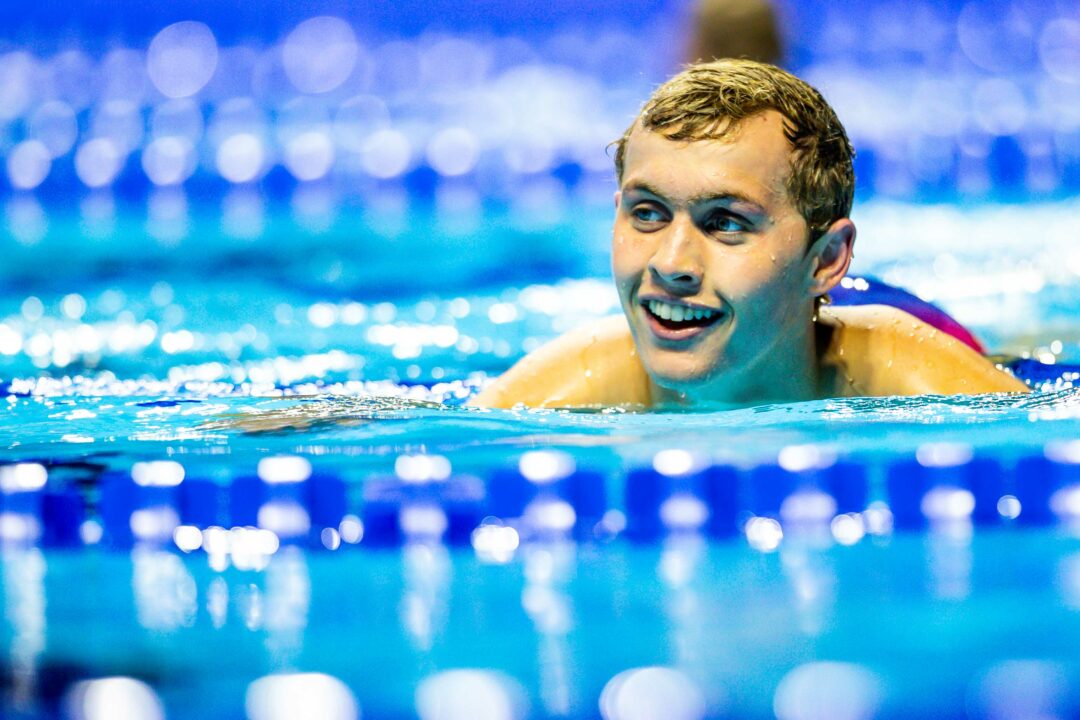 Carson Foster will miss Friday's rivalry dual meet between Texas and Texas A&M to attend a wedding, he announced on his Instagram. Archive photo via Jack Spitser/Spitser Photography

University of Texas star sophomore Carson Foster will miss his team’s matchup against Texas A&M University on Friday in College Station. He posted on his Instagram account on Thursday that he would be back home in Cincinnati attending a wedding.

The dual meet will be the biggest meet of the season so far for the defending NCAA Champion Texas Longhorns. They previously raced an intrasquad meet and a dual meet against Incarnate Word.

While the Aggies placed 6th at last year’s NCAA Championship meet, this year’s Aggie team looks very different. Their two individual scorers at the NCAA Championships, Shaine Casas and Mark Theall, have both left the varsity squad. Theall was a senior last season, while Casas initially announced the intention to transfer to Texas for his remaining 1 or 2 years of eligibility. More recently has said he’s probably turning pro.

The Longhorns, meanwhile, are as deep as ever, even without Foster. They won last year’s head-to-head matchup against the Aggies 178-111. That was their 3rd-straight win in the series since the Aggies upset Texas 158-142. That meet was the first between the historic rivals after a two year hiatus.

Foster missed the U.S. Olympic Team last summer, but raced a 4:08.46 in the 400 IM in late July that, even after the Olympics, finished the season as the World-leading time.

Geesh, this is clickbait. Headline: CARSON FOSTER TO MISS MEET (And we worry about injury or Illness or something more ominous) … because he’s attending a wedding!

Scared of the aggies

Will Jake Foster be there?

This is news? Don’t care.

32
-7
Reply
swimapologist
Reply to  Chlorinated One

Everybody’s stomping their feet about how much they “don’t care,” but y’all know when results were posted you were going to be in the comments asking “WhErE wAs CaRsOn I hEaRd He WaS iNjUrEd.”

Really, this is news? In the beginning of the season? WGAD? Go enjoy the wedding.

Hope to see the follow up monday with picture of Carson at the wedding.

Eddie Reese: “Carson Foster has been doing some amazing “YMCA” moves in practice this week. Maybe the best I have ever seen.”