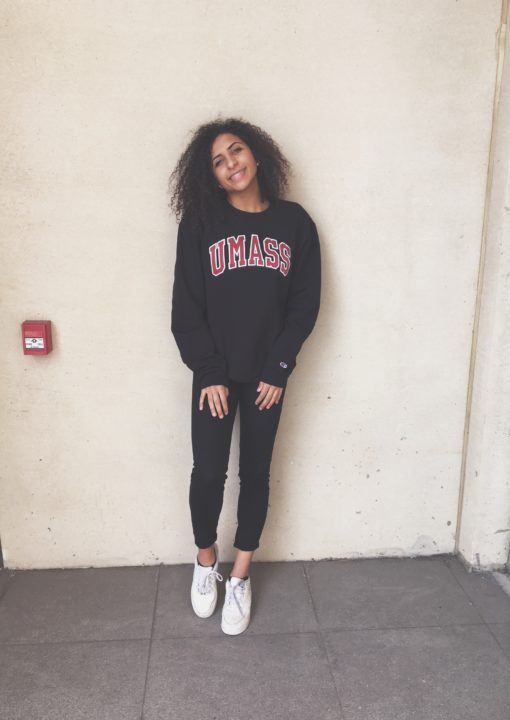 “I chose UMass because of their great academic and athletic program. The coaches and the swimmers were super welcoming and made me feel at home from the second I arrived. I am super excited to become a Minutewoman in the fall!! #UniteTheMasses”

Labib attends École Secondaire Catholique Renaissance, a French high school in Aurora, Ontario. She swims for the Markham Aquatic Club under Coach Kent Aitchison. After having two knee surgeries in 2015/2016, Labib made a comeback and narrowly missed qualifying for the 2016 Canadian Olympic Trials in the 50 free by 0.04. She has Canadian Age Group National times in the SCM 50/100/200 freestyles, and a Senior National cut in the LCM 50 free.

Her times (converted to SCY) are:

Labib plans to pursue a double major in Biology and French, in hopes to become an optometrist.