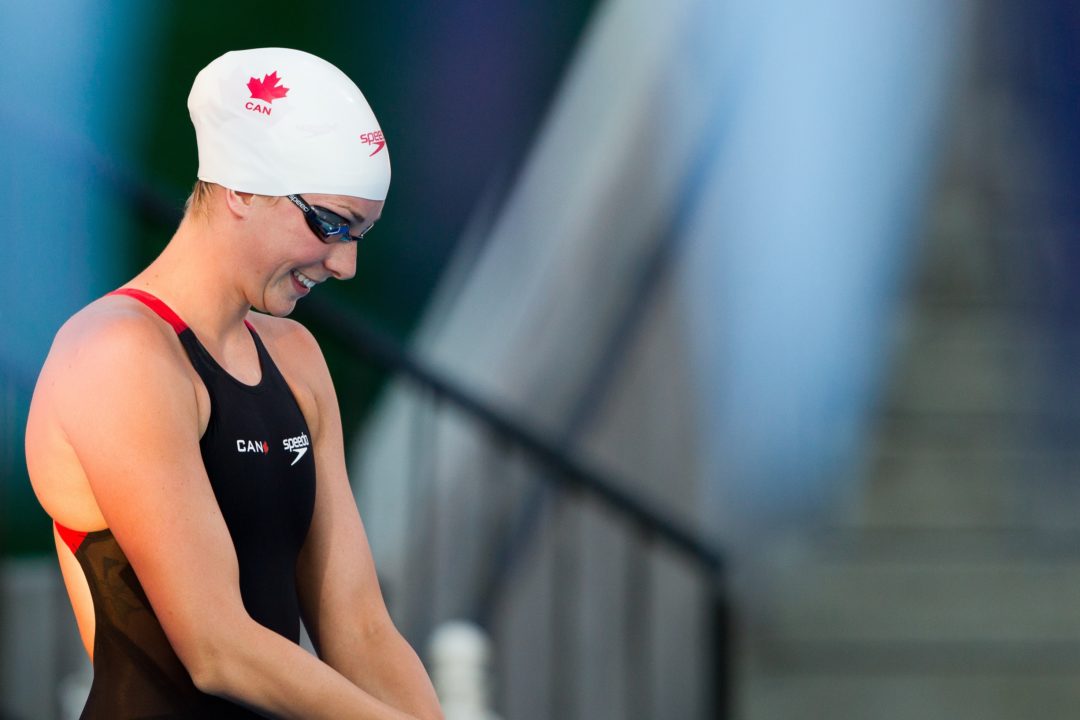 Read her full post here, including all of the people she graciously thanked.

Sources close to Wilkinson tell us that she was considering training for one more meet, as she wasn’t happy with how her London Olympics ended this year, but she has changed her mind, perhaps after getting married earlier this year to long-time boyfriend Shane Minks. She admits in her announcement that she struggled with the decision for some time, saying that she changed her mind “hundreds of times.”

In response to questions about why she doesn’t shoot for the 2016 Olympic Team in Rio (at only 25, she’s certainly young enough), she said that she “no longer [has] the drive to put in the work that is needed to get me there. I have never been the swimmer who loved training and reveled in the hard work, I saw it as a necessary evil: what I loved, from the time I was eight years old, was winning. Winning against others, but more importantly, winning against myself. There is no better feeling than finally breaking through that barrier and achieving a goal you set years before. That is what I always have and always will love about this sport. And that is what I will miss.”

Wilkinson overcame a lot to get where she was. She swam through bad shoulder pain to make the 2008 Canadian Olympic Team and even make the final in the 200 IM, just to miss the 2009 NCAA season after surgery. She came back the year after as a senior and won the American collegiate title in the 100 free – an impressive feat the season after a surgery like that.

She set many Canadian Records in her career, and two individually will stand as she retires: the 50 long course back (28.09) and the 100 IM (59.28). She was also a part of all three National Record setting Canadian Olympic relays (400 free, 800 free, 400 medley). She was also the second Canadian woman to break a minute in the 100 back, behind only Sinead Russell.

Wilkinson, for many, was a face of Canadian Swimming. She never got her long-desired Olympic medal, but she put herself out there for the community. She was a public swimmer, she was a swimmer who brought a personality to the sport as she never hid behind carefully-prepared statements. Rather, the eloquent swimmer from Stratford, Ontario was often introspective and revealed a lot of herself: something many athletes are reluctant to do.