Georgia Wins The Harlem Shake. Like, Really. Here Are All The New Ones 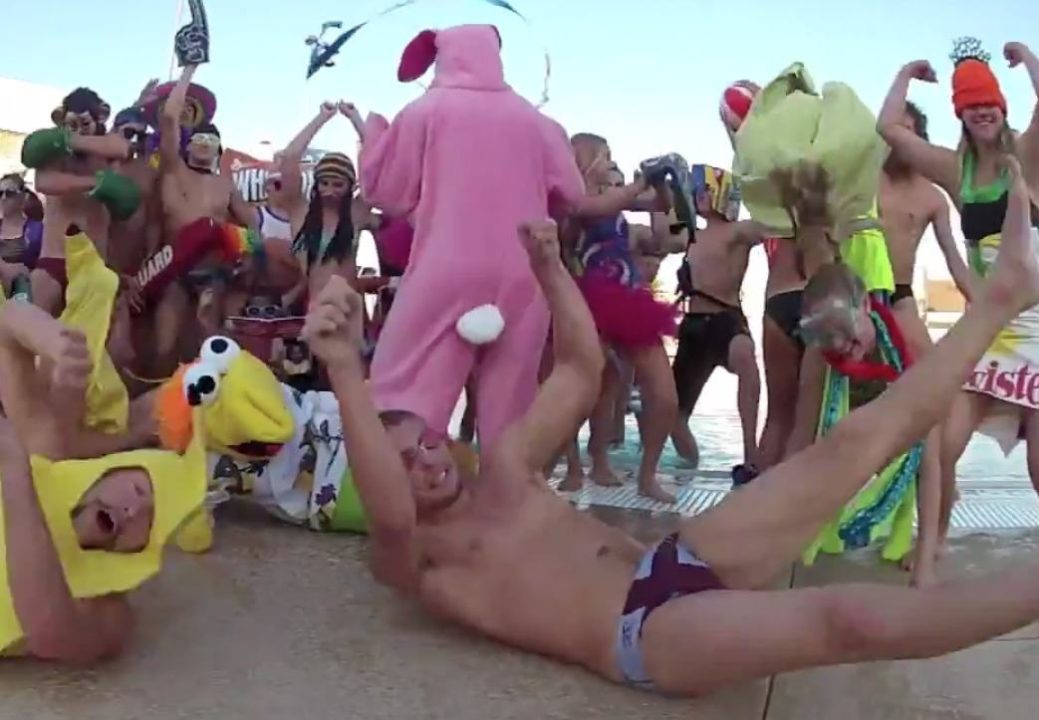 The Tennessee Volunteer men couldn’t pull off their second upset of the Georgia Bulldogs this season. UGA is undeniably the...

The Tennessee Volunteer men couldn’t pull off their second upset of the Georgia Bulldogs this season. UGA is undeniably the champions of the SwimSwam Harlem Shakeoff. They took 41% of our poll vote (to 17% for Tennessee and a respectable 7% for Wisconsin-Milwaukee); Georgia also won on the back of 3.5 million views as of posting. They were on the “Today Show,” meaning a few million more eyes saw it there.

In the Harlem Shakeoff, though, Checkmate doesn’t mean “game over.” After our first post on Monday, we were flooded with more entries. And some of them were really frickin’ good. We’ve picked the best-of-the-best (aka, all of the ones we could find when digging back through our emails and Twitter) and shared them with you here.

Of course, I have to give my own swimmers the headline. I gave the captains a “captains practice” to do whatever they wanted on Wednesday, no coaches, and this is what they came up with. Needless to say, the normal YMCA clientele were not as amused as I was, though we did have a talk about expecting a drastic increase in hypoxic training.

But who else? Virginia has promised a really good one…but not until Sunday.

Here goes Georgia Tech. We can only imagine that Chris DeSantis Had something to do with this. Looks very Danish. Plus, they’ve got that Olympic flavor

Valpo called Captain America out of hiding for their version.

Getting ready for the upcoming NCAC Championships, the DePauw women do the Harlem ShaVe. (See what I did there?)

Zebra Print is huge in the UK. The East Lothian Swim Team – The Harlem Shake has gone Continental!

Pomona-Pitzer swimmers shot theirs from a security camera.

Yale Men’s Swimming raise the bar on the editing.

The University of Redlands Swim Harlem Shake  has a Pink Buddy!

AND HERE ARE THE HIGH SCHOOLS AND CLUB TEAMS:

What team is this?  They just titled Harlem Shake, Swim version?

Here are non-swimmers going for the swim-theme Harlem Shake, jumping on the bandwagon:

It’s not checkmate til after SECs and NCAAs – unless your goal is video competition and not swimming.

It is checkmate. Obviously the goal of this thread was to decide the winner of the Harlem Shake competition. The championship meets had nothing to do with it.

The Kings of the South win, Checkmate.

Only a friendly little competition. Don’t get so worked up about actual swimming! Let Georgia enjoy their (well-deserved) publicity for a well-made video

0
0
Reply
Be My Valentine

It is Checkmate. This article is solely about the Harlem Shake competition.

Kings of the South Win. Checkmate.

Whitworth Univ. Swim Team gets in on the Harlem Shake!

I don’t know why these are still funny, but nonetheless, I’m over here crying with laughter. I need more sleep.

have you seen this one? A full conference doing the shake!