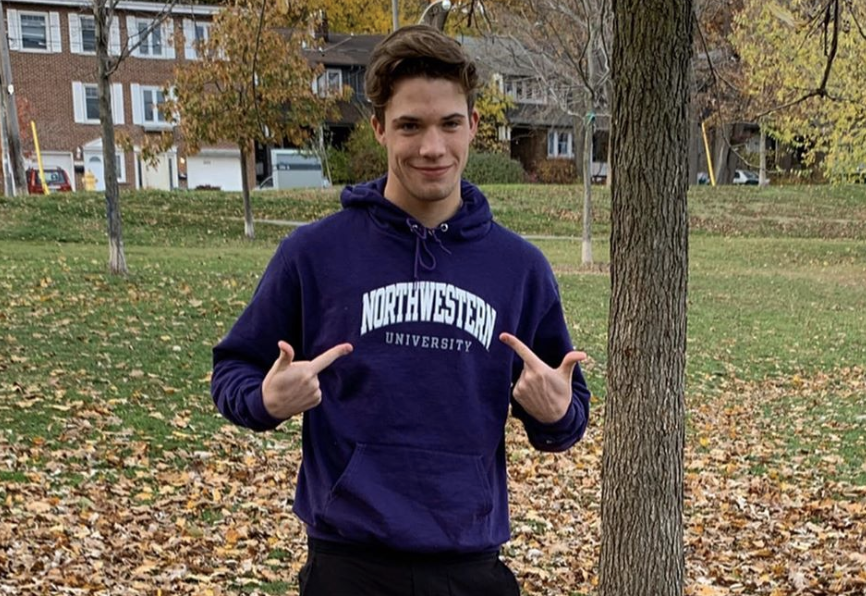 Canadian junior national teamer Graysen Bernard announced his verbal commitment to Northwestern University on Monday via Instagram. Currently a high school senior, Bernard is graduating from Riverdale Collegiate Institute in Toronto in 2020. He trains at the Toronto Swim Club, the same team that Olympic champion Penny Oleksiak previously swam with.

As indicated by his top times, Bernard brings a sprint versatility to the Northwestern swim team. At last year’s Big 10 Championships, Bernards LCM 100 Back, converted to SCY would have made him the second fastest from Northwestern, behind Ryan Gridley. He joins Alex Borisov, Collin Schuster, Michael Linnihan and Jacob Rosner as 2020 recruits for the team. Bernard said of his future at Northwestern:

“I’m beyond excited to compete in and be exposed to the NCAA, especially since I’ll be beside the amazing Northwestern team! Swimming in college is going to be an entirely new experience and my hope is that I grow as an athlete and score some points at the big meets. My biggest goal is to enjoy Northwestern and ultimately reach my full potential in and outside of the pool!”

Bernard is one of the many up and coming members of the Canadian Junior National Team. At the 2019 Canadian Swimming Championships, he placed second in the 100 back, behind Cole Pratt. Following this performance, he went on to Budapest to compete at the 2019 World Junior Championships where he finished, 22nd, 37th and 45th in the 400 IM, 100 breast and 50 fly, respectively

To finish his high school swimming career, Bernard will be seen racing this December at Ontario Junior International; a showcase for many of Canada’s best youth swimmers. He will also be competing at 2020 Canadian Olympic Trials happening in April of next year.