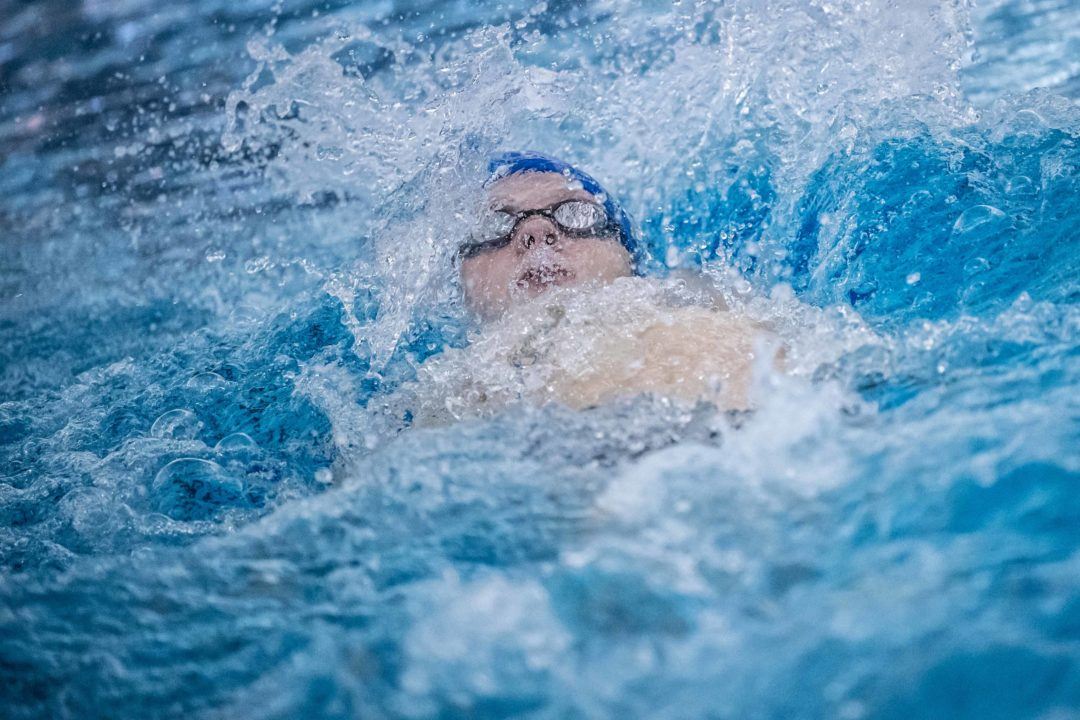 Cole Pratt of Canada has pulled out of the semi-finals of the men's 50 backstroke in Budapest, allowing teammate Sebastian Somerset to swim in his place. Archive photo via Mike Lewis/Ola Vista Photography

There is only one scratch out of the evening session on Day Three of the 2019 FINA World Junior Championships. Canada’s Cole Pratt gave up his spot in the semi-finals of the men’s 50m backstroke after qualifying twelfth in heats. Seeded 13th with 25.87, Pratt went 26.03 in heats on Thursday morning to earn a spot in tonight’s semi-finals. Pratt broke Canada’s 15-17 National Age Group Record in the 100 back earlier this year. Swimming at Canadian Swimming Trials in April, he went 54.64 to take down the old mark of 55.24 swum by Javier Acevedo at the 2015 World Junior Championships in Singapore.

Pratt’s withdrawal allows Canadian teammate Sebastian Somerset, who was first reservist, to swim in lane 8 of the first semi-final. Somerset had come into the event seeded 16th with 25.96. He went 26.13 in heats to qualify 17th overall.

The only other scratch came in the final of the men’s 100 fly. Reservist Wang Kuan-Hung from Taipei, who had tied for ninth place with Ukraine’s Ihor Troianovskyi in semi-finals on Wednesday night going 52.83, gave up his reserve spot for the final.

He turned 17 just before the meet started