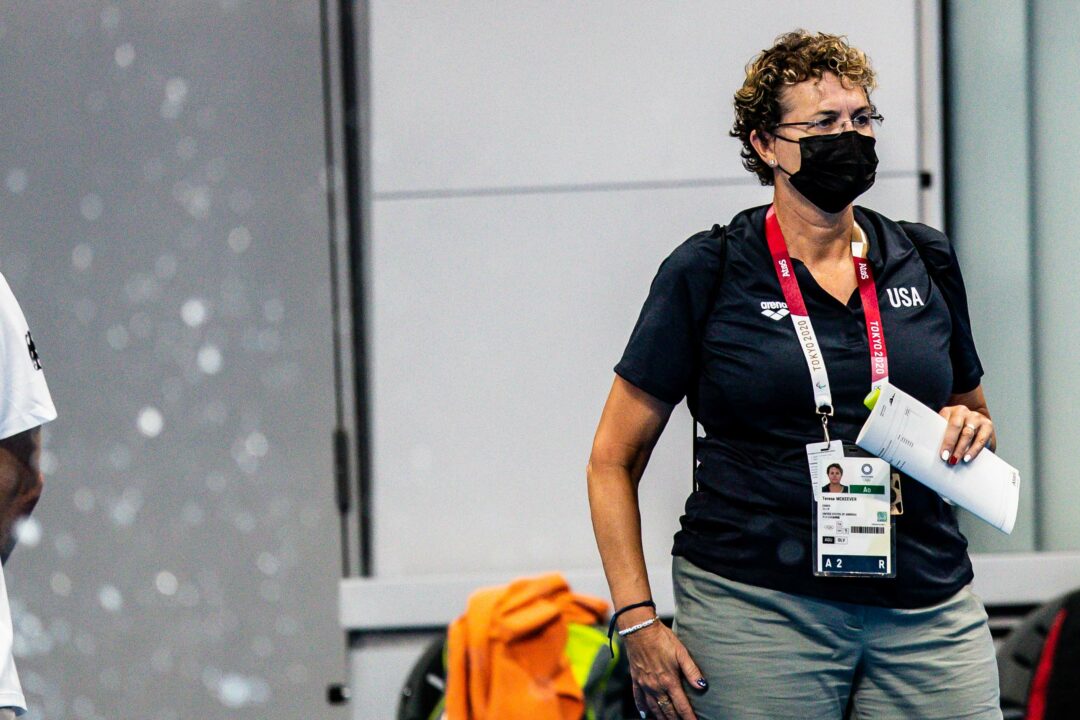 More than six months after Cal's AD said the investigation into Teri McKeever could take up to six months, there still haven’t been any meaningful updates. Archive photo via Jack Spitser/Spitser Photography

When Cal head coach Teri McKeever was placed on administrative leave in May, athletic director Jim Knowlton said that the investigation into her alleged verbal and emotional abuse could take up to six months. More than six months later, though, there still haven’t been any meaningful updates out of Berkeley.

McKeever’s lawyer, Thomas Newkirk, has won six-figure discrimination settlements for at least two other female Division I coaches facing similar accusations who he claimed were victims of gender bias. Speaking with SwimSwam earlier this month, he said he had never seen an investigation into a coach last this long. Newkirk also argued that it’s difficult to judge whether McKeever crossed a line due to the lack of clear coaching standards.

“I ask everyone the same question: do you even have any f***ing clue what coaching standards are?” Newkirk said. “How is a coach supposed to behave? No one has answered that simple question one time. What you’re doing is interpreting Teri’s entire coaching career through the lens of about 10% of her athletes who have a negative reaction.

“Division I athletics is incredibly difficult. Lots of people can have real, honest depression. It’s a character-building process that is going to have consequences for anybody, including a Dave Durden team. But did you bother to go check out how Dave Durden is coaching before you accuse Teri of being abusive? She has 28 years and thousands of witnesses who said she wasn’t.”

Durden, now in his 16th season as the head coach of the Cal men’s swim & dive program, was named acting director of the women’s team in August.

“No one’s actually determining what the standards of coaching are — including the administration — to know where the line is,” he continued. “Like for example, I’m speaking with passion and an extra 10% of volume in my voice because this is a thing I feel passionate about. Am I over the line because I said ‘f***ing’ once? How do we know? You’ve got to go look at other lawyers and look at how they talk on the phone when advocating for a position. Am I over the line or not? Not even close, in my world. I’ve worked with very good lawyers who have made people cry on the witness stand. Did the fact that someone cried on the witness stand mean the crying wasn’t deserved, or that the person didn’t engage in behavior that justified the crying?

“Teri, unlike any male in the system — not the soccer coach, not any coach who has actually gone over the line — has been subjected to a months-long investigation, hours and hours of interviews, exploring every single aspect of a 28-year career. I’ve never had anybody, male or female, be subjected to this level of scrutiny through their entire career.”

“To be clear, I’m not accusing Dave Durden or Dave Marsh or any male of being abusive by engaging in normal coaching,” he clarified. “Maybe coaching needs to change. Maybe you need to be best friends with your head coach now. Maybe that’s what it needs to be, but I don’t think so. I think that anyone who’s an athlete understands the value of the required level of emotional and physical stress that results in getting on the podium in elite athletics, regardless of the sport. I’m not even suggesting that’s the way it should be — no one will have the conversation to decide what coaching should be.”

As to the specific allegations of emotional abuse against McKeever, which include calling Danielle Carter “selfish” and “pathetic” the day after her suicide attempt, Newkirk said swimmers may have merely misinterpreted McKeever. Several of Carter’s teammates corroborated her account of the exchange to the OC Register. The only woman to have served as coach of the men’s Olympic team, McKeever is accused of driving at least nine of her swimmers to consider suicide.

Over the past several months, more than 40 current or former Cal swimmers and divers, 17 parents, a former member of the men’s swimming and diving squad at Cal, two former coaches, a former Cal administrator, and two former Cal athletic department employees have come forward with stories of McKeever’s bullying. Forty eight of McKeever’s supporters recently sent letters in support of the four-time NCAA champion as part of a campaign coordinated by Newkirk.

Cal has hired an independent law firm to investigate McKeever, which is still ongoing.

“I’ve never had anybody, male or female, be subjected to this level of scrutiny through their entire career.”

“Did the fact that someone cried on the witness stand mean the crying wasn’t deserved, or that the person didn’t engage in behavior that justified the crying?”

Really, so treating grilling young swimmers as if they were on trial is “coaching” now? That’s what coaches do? It’s a coach’s job to search for weaknesses in a plaintiff’s, I’m sorry, athlete’s claims, you’re saying. When an individual claims she is injured or ill, it’s a coach’s job to challenge this position to prove to the court, excuse me, the rest of the team, that this person is lying. Then a… Read more »

I think the lawyer is setting up his argument for McKeever to be that she didn’t know that her behavior was wrong because no one outlined what the right behavior is. Essentially he’s going to blame the Athletic Department for not setting the standard.

Sheesh. I get that it’s the job of Teri’s lawyer to defend her, but you have something like 25 witnesses (or more) towards real life detriment this woman has caused over the years, including and up to suicide. I find it hard to figure out the emotional ‘common ground’ of how Teri’s methods of coaching by her tone, volume or swearing match up to the other side of the equation of emotional, and physical danger she put young 18-20 something year olds in. This is going to be a hard sell to the ‘powers that be’ to clear her name.

The issue isn’t that with the in water training. This women was purposely demeaning swimmers she did not like based off factors not having to do work so with performance.

Having group meetings where people are forced to reveal secrets and using this information against them, especially for protected classes.

I’m also wondering about the process of weighing athletes, in 20 years the app wren e and standard for appearance and weight has changed especially for women. Being slender and thin isn’t what an athlete looks like now, I think CrossFit and the new workout classes have changed that. If someone is weighing athletes it’s to make sure they are maintain for keeping weight/gaining muscle not loosing weight and muscle.

I imagine the investigation is now focused showing that the school is blameless which requires that Teri be found guilty only of being out of step with changing sensitivities and nothing more. Any other outcome opens the door to lawsuits.

What do you expect when a you a law firm a blank check to bill hours?

I was wrong. I had predicted a press release the night before Thanksgiving – most likely after 5 PM California time that she was ‘resigning to spend more time with her family’

This guy’s totally about to use Johnnie Cochran’s famous Chewbacca defense and I’m here for it! 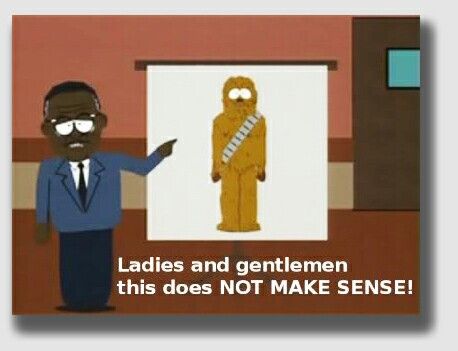