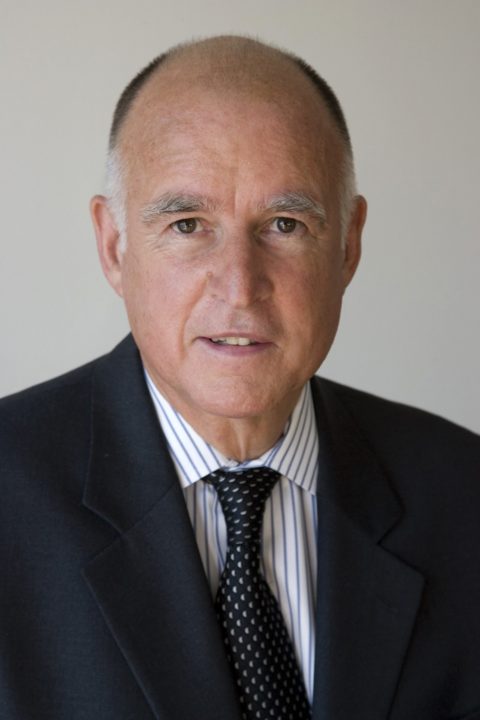 SB 131, the bill which would affect the statute of limitations for civil suits for some sexual abuse victims in California, has been veto'd. Archive photo via State of California

Twichell, 32, competed in her first Olympics just over four months ago.

How did Lydia Jacoby handle the pressure at the US Olympic Trials and Olympic Games? It wasn’t her first time performing in front of a big crowd.

According to the LA Times, California governor Jerry Brown has vetoed SB 131 on grounds of fairness to public and private institutions.

This bill would have  basically allow victims of sexual abuse in California a longer window in which to file civil (not criminal) claims against their abusers and other parties. According to the Times, in his veto letter, Brown primarily addressed the fact that the bill would only open private organizations and institutions to lawsuits, while leaving public institutions like schools free from risk.

This bill was opposed by lobbying firms representing many private organizations, including USA Swimming, the local dioceses of the Catholic Church, the YMCA, and the Boy Scouts of America on the same grounds by which Brown veto’d the bill, saying that it gave unfair protection to public entities.

Brown’s veto letter can be read in full here.

The last time a similar bill was passed, in 2002, it resulted in $1.2 billion of additional lawsuit payouts. The primary voiced oppositions, from groups like USA Swimming, has included that the bill does “not hold the abusers accountable” and “excludes governmental agencies“.

Many organizations, including USA Swimming, have said that they are concerned that the bill doesn’t actually do anything to further protect children. A statement by the Catholic Bishops of California believe that it only opens the Church and “other not-for-profit organizations” to unlimited liability.

The fear from many politicians is that the lawsuits could potentially destroy many organizations that are American institutions, like the Boy Scouts, with huge financial hits. The justification from Beall and others behind the bill is that victims of sexual abuse don’t always manifest the full psychological implications until many years after they are abused, and so victims should be able to sue when these after-effects first begin to appear.

Update: USA Swimming declined to comment on the veto.

I’d vote for a Christopher Dorner day. A day when all victims seek revenge on those who injured them. The systems in place do not work nor will they ever especially with dumb a**, self-serving people in charge.
Waiting for justice is debilitating perhaps a Christopher Dorner Day would be freeing!

Christopher Dorner stalked & killed the young assistant basketball coach of UC or USC [?] because she was the daughter of a colleague that he had targeted. This colleague had spoken for him in a tribunal matter but Dorner turned against him. Said colleague & victims were AA. ( fiancé was white iirc) .

Dorner went on to kill others.

So this is what you want or is it you have a race allegation against the LAPD like Dorner.?

BTW in the first 6 months of 2013 LAPD dogs have bitten only AAs & Hispanics. You might want to take those doggies to a tribunal .i do not suggest you Dorner them or you will be plastered across te pavement.

The LAPD ruined Dorner’s life so he sought revenge. The LAPD BOR sounds a lot like USA Swimmings BOR – useless, worthless, hopeless and corrupt. Law enforcement murdered Dorner – he didn’t get his day in court. They intentionally torched him and lied about it on TV until a reporter mentioned the orders were heard on a police scanner which was circulating on the internet. Law enforcement got their revenge and justice for their family and friends without consequence.

Just maybe people would behave properly if they knew new game would be added come hunting season. If people do not want to treat others the way they want to be treated, perhaps they’ll understand an eye for an eye or… Read more »

So you are saying it is fine to kill a 29 year old California university assistant basketball coach plus her fiancé who have done nothing to him?

You are sick in the head & I hope LAPD is reading this. Over to you NSA.

People need to realize that their actions cause reactions. Rewind and go to the beginning. Was it alright for the female officer to kick the mentally ill man in the head – Dorner didn’t think so and reported her which started the unfortunate chain of events. Law enforcement agencies stick together like glue and made sure Dorner would be silenced forever (especially since Dorner was gaining public support). (Dorner ALLEGEDLY killed the people in question – where’s the proof?)

The motorcycle incident in New York is another example of actions causing unfortunate reactions. Thank goodness for cameras and National attention – people will be held accountable!

Are people really surprised by all of the massacres? Initially they were shocking, now… Read more »

Jerry Brown stands firmly on the side of pedophiles. When given a chance to help some victims, Jerry helped no victims. No victims got justice or will get justice. That is equal justice according to Governor Brown. But equal justice for whom? Pedophiles? Lobbyists? If no victims get justice, is that really equal justice?
By Jerry Browns faulty logic, we should release all the pedophile rapists we have in prison because it wouldn’t be fair to the victims whose rapists haven’t been caught yet. This would be equal justice the Jerry Brown way.

I especially like the part where Jerry quotes Roman Law; is this the same Roman Law that ystematically fed Christians to the lions? Feeding Christians… Read more »

Lions have to eat& there were not any Muslims around then.

Instead, they should have fed the pedophiles to the lions.

In the first post on this bil I suggested the public / private problem . It would be inapplicable in any domain that I can think of in the west.

Laws must apply to all as equally as possible. Maybe it is just publicity but there seems to be a rash of sexual abuse cases involving Californian school teachers recently. I think this is in Mr Moonbeam’s thinking.

I especially like the part where Jerry quotes Roman Law; is this the same Roman Law that ystematically fed Christians to the lions? Feeding Christians to lions, protecting pedophiles from justice under statutes of limitations, I wonder why Rome fell. It would be more appropriate that Governor Brown quote Roman Catholic Law instead of Roman Law, when he next champions pedophiles. It would be appropriate for everybody to understand whose fingers he lActually, Roman Law final codification was in the Christian era under the Famous Justinian the first in the 6th century and entered Western Europe in the 11th Century. Not certain what apart of the code he was referring too its been modified under the centuries. The US is… Read more »

Cynthia. You are a highly educated human being. I am interested on your opinion of Governor Brown’s veto. Do you believe the victims are wrong and pedophiles deserve protection? Equal access to the public courts is important for justice. Do you expect victims to seek justice outside the courts, like SAD above, or do you think we will go away? Learn something from the victims: if you ignore the problem, it will not go away, but most likely get worse.

I believe that statutes of limitations were designed so people have reasonable expectations about the consequences of their actions; I do not think they were designed so an institution can collude to run out the time on victims of… Read more »

When I was an age group swimmer in the late 80s and early 90s, there was so much abuse going on, we didn’t even know it was abuse. To suddenly give adults a platform to take action against such abuse all these years later? USA Swimming would go broke!