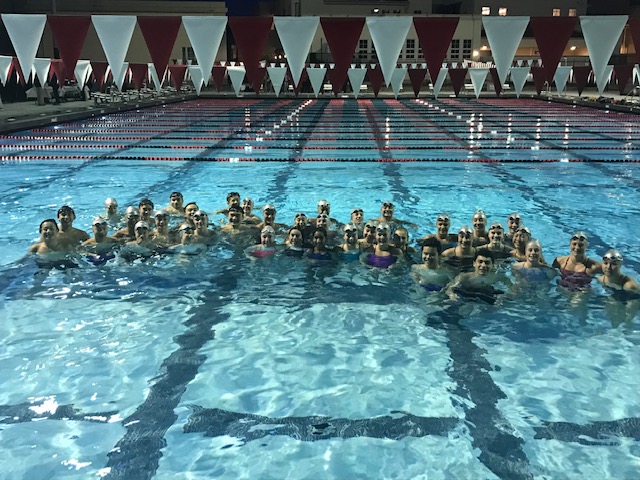 While meets are largely on hold worldwide right now due to the effects of COVID-19, and many teams are only just getting back to practices, BSN Sports still wants to highlight and celebrate swim teams from around the country. This week, we’re taking a closer look at at the Burlingame Aquatic Club, a USA Swimming club located in Burlingame, California. The team was founded in 2000, numbers roughly 180 athletes, and swims primarily out of Burlingame High School.

Burlingame is led by head coach Ben Chung, who’s been with the club since 2014. We chatted with Chung to get his take as to what makes BAC special, as well as some of his thoughts on coaching in general. Chung describes his coaching philosophy: “As a program, we pride ourselves on developing event diversity, and train so that our athletes can compete in the 500 Free and 400 IM, not just their ‘specialty.'”

While COVID-19 knocked just about every team in the country out of the water for an extended period of time, BAC had found itself displaced for much of the last two years, something that Chung actually credited with helping shape the team’s distinctive chemistry.

We have been through our fair share of adversity. Not only has COVID kept us out of the pool like everyone else, but we were out of our home pool for 17 months for a project that we thought was only going to take 4 from May 2018-January 2020. During those 17 months, our team remained strong in terms of membership, and competitively, we enjoyed our greatest successes in the 20 years of the club’s existence, including our highest finishes in the USA Swimming Virtual Club Championships, and our highest team finishes at key championship meets. That experience kept us all – athletes, coaches, parents – pulling on the same rope, and forced us to become resilient in the fire of the crucible. Additionally, our great age group coaches, Rob Gill and Kayla Tom, have been able to build long-lasting and meaningful relationships with the athletes in our program, which has lent itself to a real familial atmosphere.

As teams get back in the water, we’ve been asking coaches to describe some of their most legendary or iconic team sets, and Chung mentioned two that stood out.

Everyone knows that coaching is not an easy profession, and Chung reflected on what he’s found to be his biggest struggle over the years he’s spent on deck.

Getting our athletes to consistently lay it all out on the line. Call it fear of failure or even fear of pain, many of our athletes are reluctant to put themselves in that vulnerable position. We try to provide racing opportunities in practice, and encourage them to divorce themselves from the notion that the measure of success and failure is only in their time. I really like to take our Senior Group to do joint workouts with other local clubs (PASA, ALTO, OSC) ideally once a season, to get a feel for what others are doing, provide new faces to challenge them, and to build a sense of community and camaraderie.

Finally, we asked Chung to share his favorite coaching memory, and he responded with three, each of which captures a distinctive aspect of the sport of swimming.

1. Being selected to the USA Swimming National Diversity Select Camp in Colorado Springs in 2018. I have loved every experience that I’ve been lucky enough to have at the USOPTC, and being able to play a small role in the development of the underrepresented populations of USA Swimming was a thrill and a true honor. I loved being a part of that staff and growing my own perceptions of what makes up USA Swimming. The energy on campus at the USOPTC is palpable and contagious, and it was a privilege to serve our athletes in that way.
2. In the winter of 2017, I took a small (3) group of our Senior group to the Husky Invitational in Washington State. Nick Tan was a senior in high school who had been on the brink of qualifying for Winter Juniors a number of times. Looking at the meet schedule, and one of the few indoor championship-style meets on our coast in December, we went up there with the express purpose of getting him qualified in the 200 IM. The 200 IM was on the first day, and it would be his first event, and he ended up qualifying by one-tenth of a second during prelims. We had his parents book a flight that weekend, and then we were off to Iowa the following Wednesday. It was awesome to put that specific plan into motion and then have it play out exactly like we wanted it to. Along the same lines of a long term plan coming to fruition, when I began with the team in 2014, I wrote down some long-term goals that I kept for myself. Not being completely familiar with the composition of the club or the ability on the roster, one of those goals was to have a LC Junior Nationals Finalist in 2018 (the club had never had one). In 2018, at our very first Summer Juniors in Irvine, Emma Lepisova scored a ‘C’ final appearance in the 200 Back. It was very fulfilling to cross that threshold after it was 4 years in the making!
3. Growing up around Stanford in the late-80s and early-90s, my club team would often employ some of the university’s assistant coaches as age group coaches. As a 10-under, my coach was Matt Kredich. Years later, as I was cutting my teeth as an age group coach in the same area, I was fortunate to be in the right place at the right time and coach 2-time NCAA Champion Liv Jensen and US National Teamer Jasmine Tosky in their formative years. They were on the same WUGs team roster in Kazaan, Russia in 2013, and the Head Coach was… Matt Kredich. Even from halfway around the world, that was a neat moment to reflect upon that this swim world is so small and that one coach’s influence can span generations.

Burlingame Aquatic Club is one of 3,000 swim clubs in the United States.  How can we grow that number and promote the sport?

BAC continues to impress! Keep it up Coach Ben!

Love this, love BAC and love Ben (Awesomesauce) Chung! Thank you for highlighting this program!

Such a trip to see ‘what goes around, comes around’ re: Matt Kredich. If I had a lot of time on my hands, I’d love to undertake a “coaching family tree” project and see which coaches where to connect which other coaches. I bet we’d all find out that the swimming family is even smaller than we thought it was.