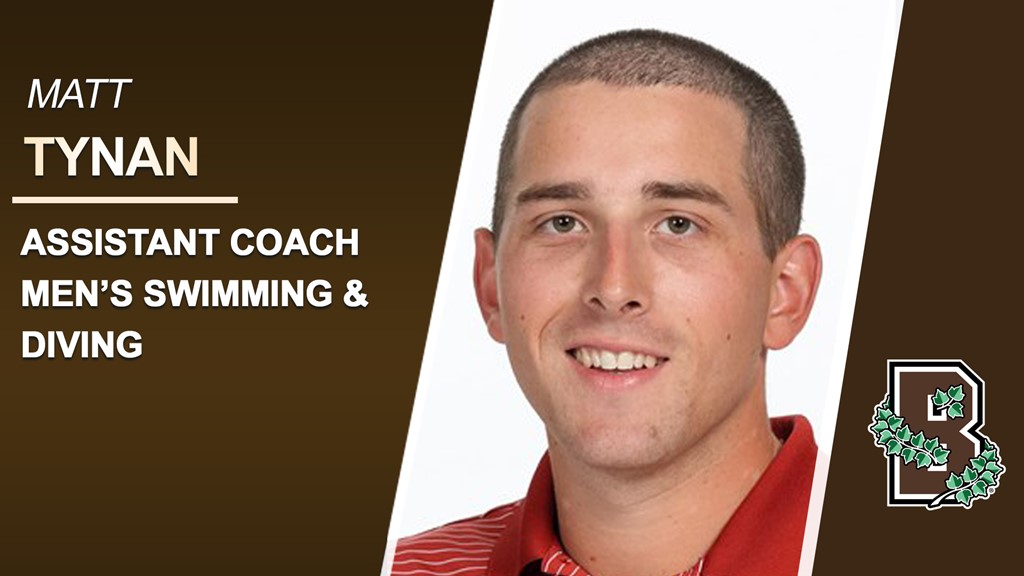 Matt Tynan comes to Brown from Stanford, where he spent last season as a volunteer assistant. This will be his first full-time college coaching job. Current photo via Brown Athletics

Princeton and Harvard are locked in a battle for the 2020 Ivy League men’s team title. Both had stellar mornings at Day 2 prelims session.

Brown has announced the hiring of Matt Tynan as the program’s new assistant coach. Tynan comes to Providence from Stanford, where he spent last season as a volunteer assistant with the men’s program. He joins a new-look staff at Brown for the 2019-2020 season after they hired Kevin Norman as the team’s new head coach.

Before Stanford, Tynan worked as a graduate assistant at TCU from 2016-2018 and as a student assistant at George Mason from 2014-2016. THat makes Brown his first full-time collegiate coaching position.

As an athlete, Tynan swam at Maryland for the 2011-2012 season before that program was cut, and then he transferred to George Mason for his sophomore year. He ranks in George Mason’s all-time top 10s in the 500 free, 1650 free, and 200 fly.

“Matt’s knowledge of the biomechanics of swimming combined with his experience working with some of the best student-athletes in the world will contribute immensely to the future success of Brown men’s swimming & diving,” said Norman. “We are incredibly fortunate to have him on board.”

Tynan originally hails from Westford, Massachusetts – about an hour from Browns’ campus. He hails from a big swimming family: his father, John, swam at Loyola, and his sister, Mara, swam at Washington & Lee.

From NorCal to Rhode Island…. yikes

volunteer in Palo Alto or paid in Providence? Ocean state all the way.

I’ve lived in both. Little Rhody all the way.

You can’t be talking about on the hill.

An outstanding addition to the Brown staff. Matt has been a real hard worker at each of his stops and got his start under the legendary Jeff Johnson back in Massachusetts. Well versed on the technical side, he is also an athlete centered coach. Welcome back to New England!