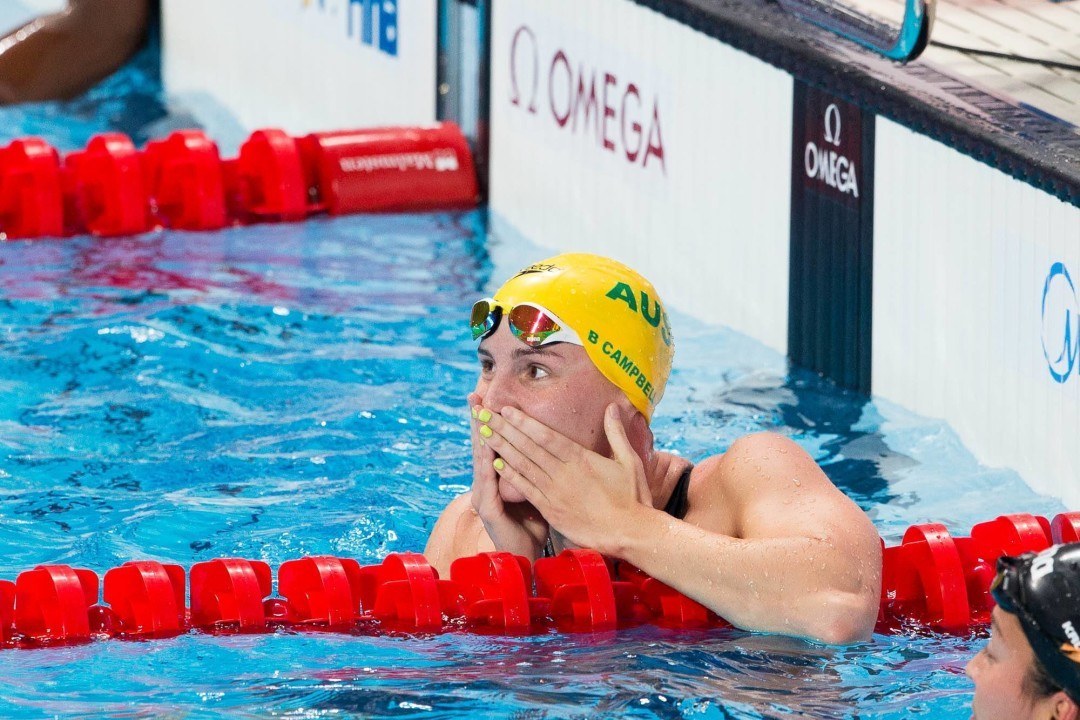 Australian on-fire athletes, Bronte Campbell and Emily Seebohm, have been announced as attending the 2015 FINA World Cup in Singapore slated for October 3rd and 4th. Archive photo via Tim Binning/TheSwimPictures.com

The second cluster of the 2015 FINA World Cup is set to begin on September 25th in Hong Kong and includes additional stops in Beijing (September 29th-30th) and Singapore (October 3rd-4th).  Although superstar line-ups are still being determined, some of the key attendees are being revealed as the dates draw closer.

From previous reports we know that Katie Ledecky, Sun Yang and Ning Zetao have been invited to the Hong Kong event, and Australian Kenneth To has his sights on the Hong Kong and Singapore stops.  And now today, Singapore Swimming announced that two recent World Champions will be on the OCBC Aquatic Center ticket come October 3rd.

Australians Emily Seebohm and Bronte Campbell have been confirmed as swimming at the Singapore stop of the 2015 FINA World Cup, per Singapore Swimming’s Instagram announcement below:

We are glad to announce that top australian swimmers Bronte Campbell and Emily Seebohm will be competing in the FINA airweave Swimming World Cup Singapore on 3-4 Oct 2015. Don’t miss the opportunity to see the current World Champions compete at the OCBC Aquatic Centre. #SwimWithUs #FINASWCSG

Both Campbell and Seebohm are coming off of stupendous World Championships performances, where each swam away with two individual titles.  Campbell came up golden in the women’s 50m and 100m sprint freestyle events, while Seebohm doubled up on backstroke golds, winning both the 100m and 200m distances.

Fittingly, both women were just jointly awarded the Australian ‘Swimmer of the Year’ award at the country’s awards ceremony just days ago, in recognition of their stellar performances in Kazan, as well as throughout the entire year.