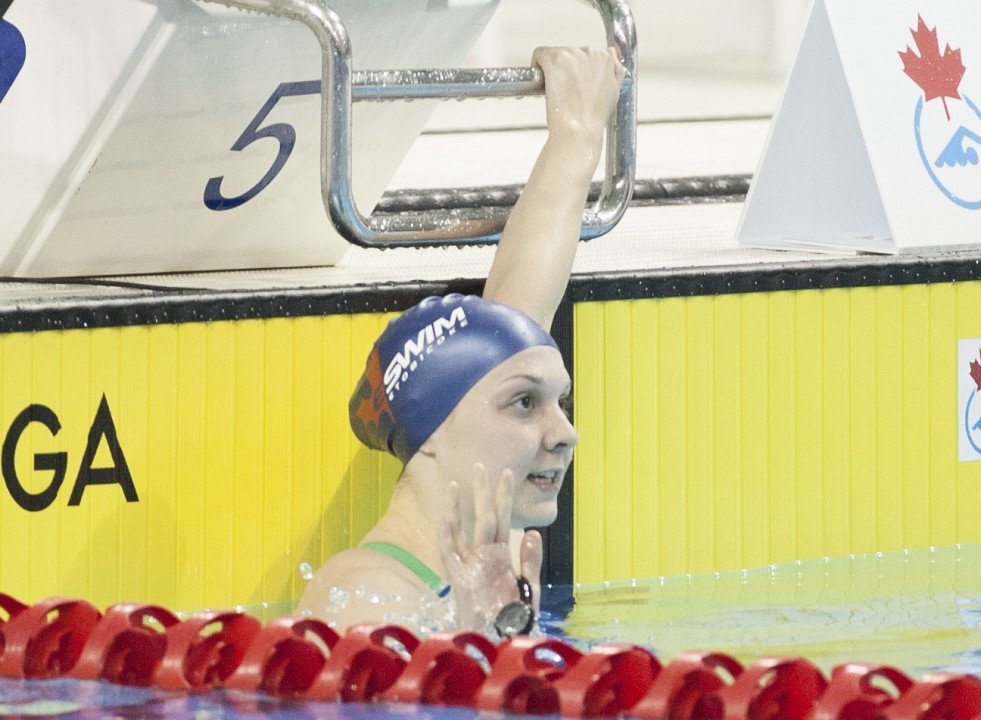 Brittany MacLean has been throwing down faster freestyle times all week long here at the 2016 Canadian Olympic Trials in Toronto, and just put up the third fastest 800m freestyle in the world this year. Current photo via Chris Tanouye/www.ChrisTanouye.com

Brittany MacLean has been throwing down faster freestyle times all week long here at the 2016 Canadian Olympic Trials in Toronto, and just put up the third fastest 800m freestyle in the world this year.

MacLean’s time of 8:21.40 pushes American Becca Mann to fourth in the world with her 8:21.77 from the Arena Pro Swim Series at Minneapolis.

The only two swimmers ahead of MacLean in this year’s world rankings are Katie Ledecky, who broke the world record in this event in January, and New Zealand’s Lauren Boyle.

MacLean was a little more than a second off her Canadian record time of 8:20.02 in this event, putting forward her third fastest time ever.

MacLean is now ranked third in the world in both the 400 and 800m freestyles and has her lineup for Rio pretty much decided. MacLean will be nominated by Swimming Canada in the 200, 400, and 800m freestyles as well as the 4x200m freestyle relay. Her nomination will need to be approved by the Canadian Olympic Committee before she’s officially on the Olympic team.