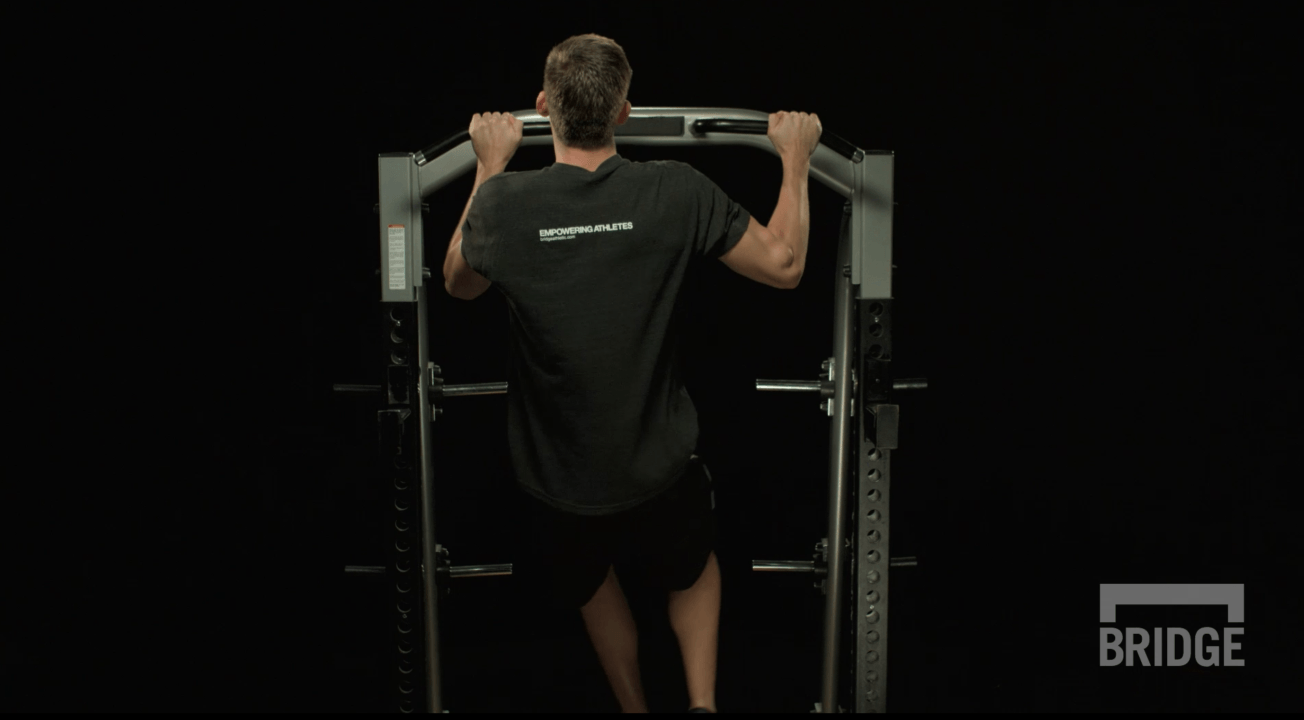 The BridgeAthletic Building Block Series is a set of 5 exercises that can be performed by swimmers of all levels on the pool deck. Current photo via BridgeAthletic

The BridgeAthletic Building Block Series is a set of 5 exercises that can be performed by swimmers of all levels on the pool deck.

Welcome to our series of swim building blocks. This edition will focus on breaststroke-specific exercises to fine-tune your body position and power in the water. Add these exercises to your power days in the pool and focus on them through the off-season to come back stronger and ready to push hard going into next season.

Breaststroke requires strong side-to-side movement. Specifically, a powerful breaststroke kick involves movement away from and toward the body midline. In dryland, this translates to exercises such as the lateral squat, where the swimmer transitions weight to one side, sits back into the hip and glute, and drives through the heel to push back up to starting position. The driving movement of the squat mirrors the propulsive close of the breaststroke kick where the feet slam together. An added perk of the lateral squat is that it increases strength and range of motion in the groin muscles, an area prone to injury in breaststrokers.

The slideboard kneeling lateral pushup mimics the squeezing motion of breaststroke on the in-sweep. Because the upper body component of breaststroke is a complex movement in multiple planes, the dryland exercises meant to fine tune this stroke should also incorporate this complexity. A slideboard introduces instability into the exercise, and the lateral angle recreates the wide angle of breaststroke on the outsweep. Together, these elements force the athlete to recruit a similar combination of muscle groups as is required in the water.

A lateral pullup develops 3 primary regions critical to your breaststroke:

Upper back (lats and rhomboids)

The weight vest step up is all about power through the glutes. It is another exercise that mimics the driving movement of snapping the feet together on the kick. A weight vest on this exercise emphasizes explosiveness more than the traditional step up.

Courtesy of BridgeAthletic, a SwimSwam partner.

love these video “how to’s”. great for both coaches and swimmers.