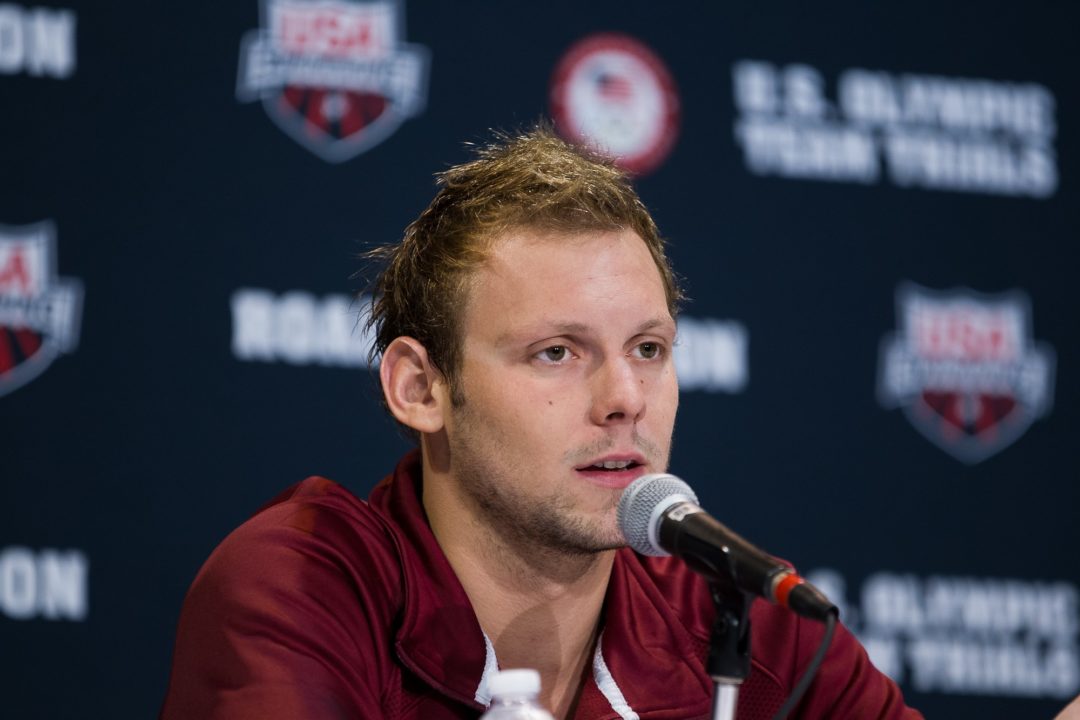 After a vocal outcry from swimmers like Alex Meyer, USA Swimming's Board of Directors has decided to fund coaches for the FINA World Cup series. (Photo Courtesy: ©Tim Binning/TheSwimPictures.com)

This move came after a rules clarification with FINA meant that athletes would have to pay for their own coaches, as FINA rules by the letter require one coach for each athlete at the Open Water World Cup series: the biggest round of in-season elite open water meets on the global schedule.

The primary effect of this decision is taking huge amounts of stress off of the athletes themselves.

The 12 members of the USA Swimming Open Water National Team, which can be seen here, will now be well-represented at these meets, which should lead to better performances and a better overall experience.

A typical Open Water World Cup season has 8 events; if all 12 athletes attended each event, this would result in about a $96,000 commitment (based on the $1,000 per event that USA Swimming already allocates for athlete travel expenses). Based on past participation numbers, the actual figure would be much smaller, though there seems to be a lot of momentum in the American Open Water community to increase participation in these events.

The Board of Directors made a laudable decision that the potential for American open water success is great enough (Haley Anderson won the first American Olympic medal in the discipline this year) to warrant those costs. This should free up a lot of discussion at this weekend’s USA Swimming convention to tackle other initiatives to grow and perfect open water swimming.

Glad to see they changed their position. I would still like to see FINA change things and allow coaches on the course in kayaks instead of having them stuck on feeding platforms. The swimmers are still at the mercy of the organization in these foreign countries and it is difficult for the coach to keep the swimmer safe when they only see them for short periods of time during a 2+ hour event. Not sure how that would work, maybe there could be a coach observing the race from the water and a feeder volunteer on the platform? More changes to consider.

Nice to see that the funding is back. I will say this does not make it safer, b/c as someone pointed out in the comments in the article about the funding cuts, you would not be allowed to go without a coach (which would be completely safe). If anything this makes it less safe as likely more swimmers will attend the WCs with the funding, and anytime you enter the water in an OW race you are taking a risk.

0
0
Reply
not an OW swimmer

what about the pool circuit? do NT coaches get funding for that?

i dont understand why it takes the usa-s membership to bitch about something like this to get usa-s “leadership” to change their mind and fund the coaches and athletes.

who the hell is running things up there in colorado?

if usa-s had their sh-t together in the first place, this wouldnt have required them to re-think the funding.

Congratulations to USA Swimming for doing the right thing to protect the athletes and make open water swimming a safer experience for all the athletes by agreeing to send a coach with each athlete to world cup events. Next we hope that they step up today and take the leadership on the max and minimum temperatures allowable for open water races. The Europeans have proposed a max of 28 degrees for a race. The US has proposed 29.5 and FINA has proposed 31. We agree that the European temp is the most beneficial for the athlete. We also think that the minimum temp should be raise from 16 to 18. USA swimming along with Australia and Europe need to take… Read more »

It is funny how people change their tune so quickly…

Like I’ve said from the start–show me some facts to why USA Swimming can’t afford this.

And, if they can’t afford it than show me how or what we can do to ensure this can and will be paid for.

Aren’t they supposed to be fostering the growth of swimming?