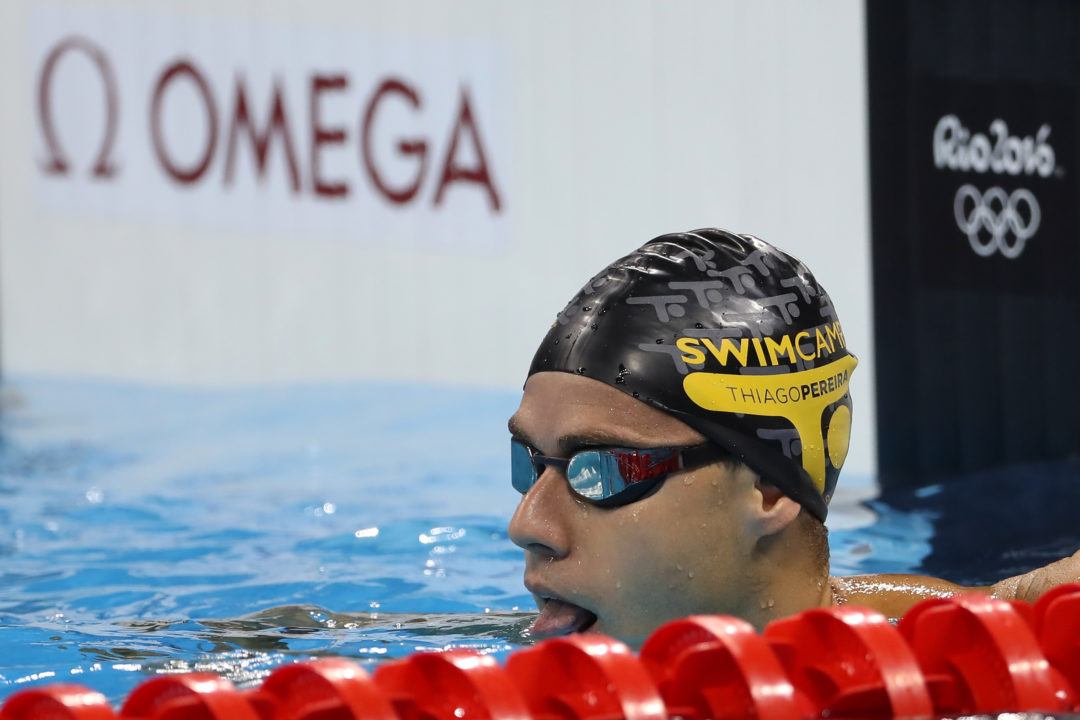 Brazilian Olympic medalist Thiego Pereira was honored with a life-size statue in his hometown of Volta Redonda, Brazil. Created and signed by artist Dilma Carvalho, the work stands at the same height as the swimmer at six feet and 2 inches tall.

Pereira is one of Brazil‘s greatest swimmers of all-time. The individual medley specialist won an Olympic silver medal at the London 2012 Olympic Games and 23 Pan American medals. At the 2012 London games he beat defending Olympic champion Michael Phelps in the 400 IM to take the silver medal with a time of 4:08.56– this swim also earned him the South-American record. In 2004 he beat Ryan Lochte to win the gold medal at the World Short Course Championships in the same event. In addition, Pereira is the most decorated athlete in the history of the Pan American games with 23 medals total consisting of 15 golds. This is also the most ever achieved by a Brazilian swimmer.

According to Chlorus, the 30 year old considered this to be one of the highlights of his swimming career. Check out the statue below!

Poor Cesar Cielo. That would have been his