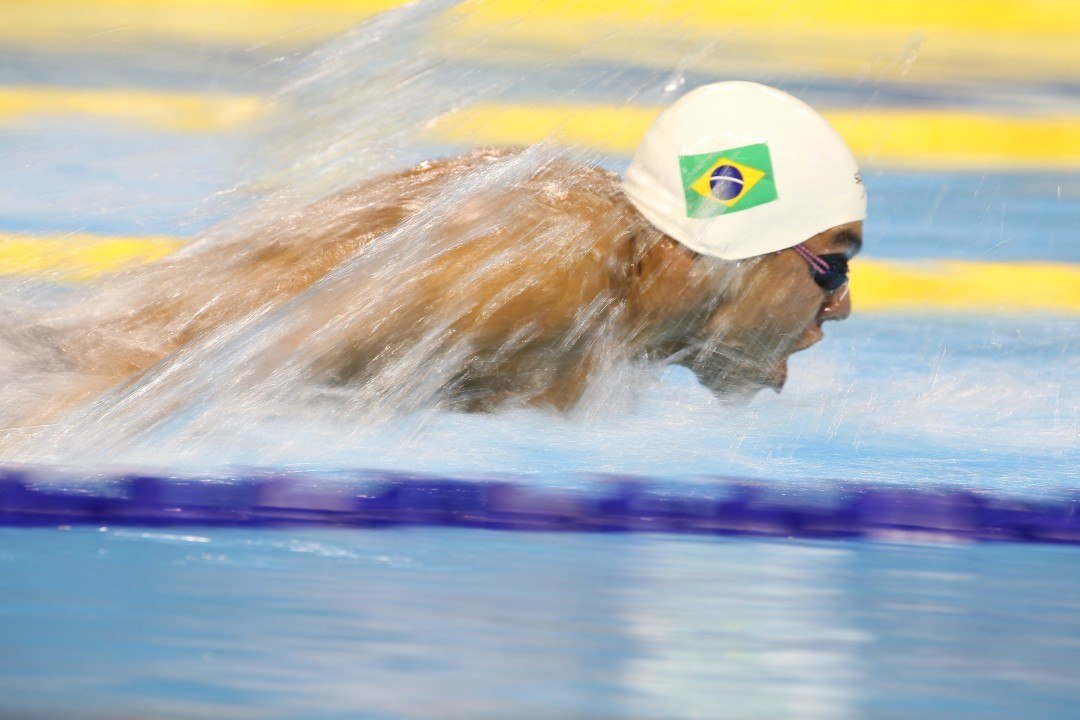 The Brazilian Swimming Federation (CBDA) has announced that it will be prohibiting tech suits for age group swimmers. Archive photo via Chris Tanouye/www.christanouye.com

The Brazilian Swimming Federation (CBDA) has announced that it will be prohibiting tech suits for age group swimmers. The announcement is just one in a recent wave of decisions in this regard, with organizations such as Southern California Swimming in the U.S. and Swimming Victoria in Australia revising rules for young swimmers wearing tech suits.

Per CBDA, high-performance suits (fastskins) will be prohibited beginning in the 2018 season for young athletes, with an additional age group being added in 2019.

According to Renato Cordani, Director of Sports General of the CBDA, the changes aim to achieve the “democratization of swimming”. Says Cordani, “We believe that this measure could contribute to the democratization of swimming, with a consequent increase in the base, which we hope will bear fruit if not in this, at least in the next Olympic cycles.”

The general thought is that banning tech suits reinforces the approach that training, technique and discipline are responsible for good performance and not just what the swimmer wears. Cost and accessibility of tech suits were also taken into consideration in the decision.

CBDA appears to be the first national swimming federation to impose a ban at the top organizational level. You can read CBDA’s announcement here.

Bad for business bad for the sport

Bad for sport that kids need to buy a suit to propell them beyond their natural ability.

Shhhh let them think that the suit is the only thing making people go fast, sorts out the swimmers from the non swimmers

Swimming needs companies like Speedo, Arena & TYR to be profitable to enable them to promote the sport, sponsor athletes and make the sport grow commercially.
This is a short sighted decision.

It may still be fine and dandy in the USA but in the rest of the world, it’s an increasingly different story. The expense of supporting/sustaining a competitive swimmer even at age level is such that it is no longer a ‘sport of the people’ but rather one that draws from an ever contracting potential talent pool; namely those of more affluent backgrounds. In the USA, the population size is such (along with the sport’s strong infrastructure) that there will always be sufficient numbers coming through but in countries with smaller populations or those where the “middle class” (as a % of population) is smaller; this is really biting. BRA is one of the latter but even a one-time “powerhouse”… Read more »

I’m not sure the tech suits create an incredible advantage. There are different levels of tech suits…a savvy shopper can find some tech suits at fairly reasonable prices. Also, some swimmers wear them for modesty or other reasons.

Just a reminder to all, Thorpey was rocking the plain old speedos in ’99 and still could go 3:47 at 15 years old.