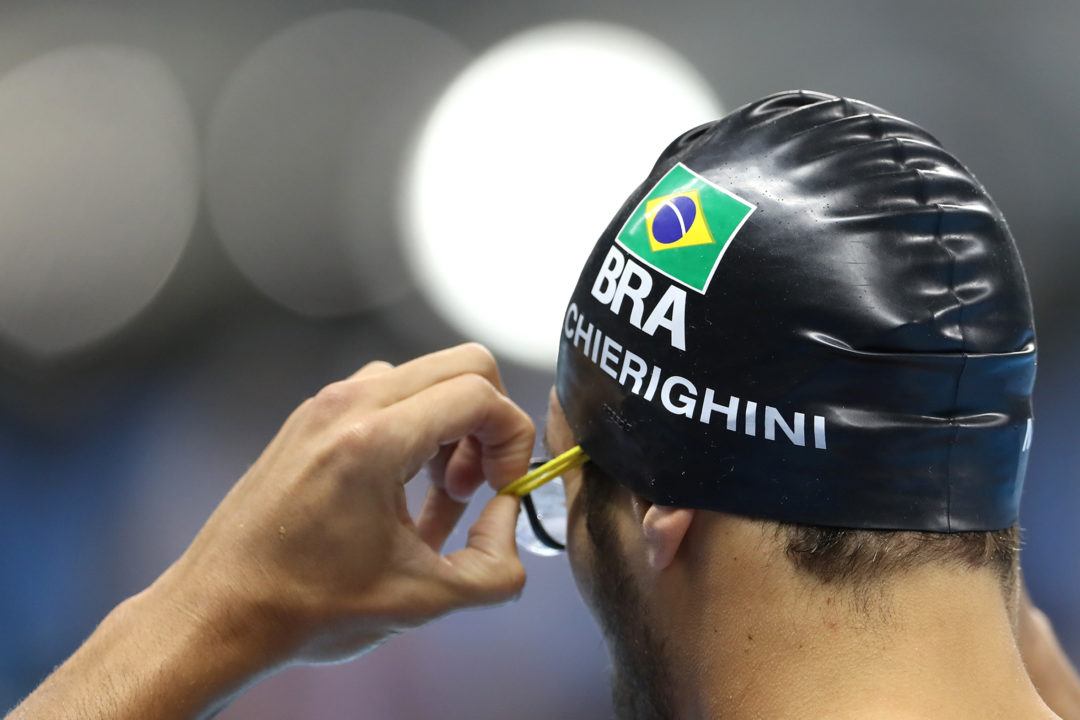 The men of Brazil, the United States, Italy, and South Africa will go head-to-head in the Raia Rápida meet in Rio de Janeiro later this month, the final meet in the Olympic pool before it is dissembled. Current photo via Satiro Sodre/SS Press

The final meet hosted in the Olympic pool before it is dissembled, the Raia Rápida meet will pit small teams of swimmers from Brazil, the United States, South Africa, and Italy against each other in Rio de Janeiro on September 24th.

The participants and precise format have not yet been announced, but given the reputations of these countries’ swimming programs, there is serious potential for some exciting races. In the past, four athletes from each of the countries have raced 50s of each stroke, followed by a medley relay, with cash prizes awarded based on the teams’ overall standings.

The same four countries competed last year in the men’s only meet, with Gerhard Zandberg of South Africa taking the backstroke round, Felipe Franca Silva of Brazil winning the breaststroke, Brazil’s Nicholas Santos taking the fly, and Anthony Ervin of the USA taking the free. Brazil also won the ending medley relay.

The sprint showdown is the perfect rapid-fire format for the made-for-television event, and it gives the Brazilians a chance to showcase their sprinting prowess in front of a home crowd.

The Brazilians are the two-time defending champions. An Australian team led by Matthew Abood and Christian Sprenger took the crown in 2013, and an American team featuring Josh Schneider won the inaugural event in 2012.