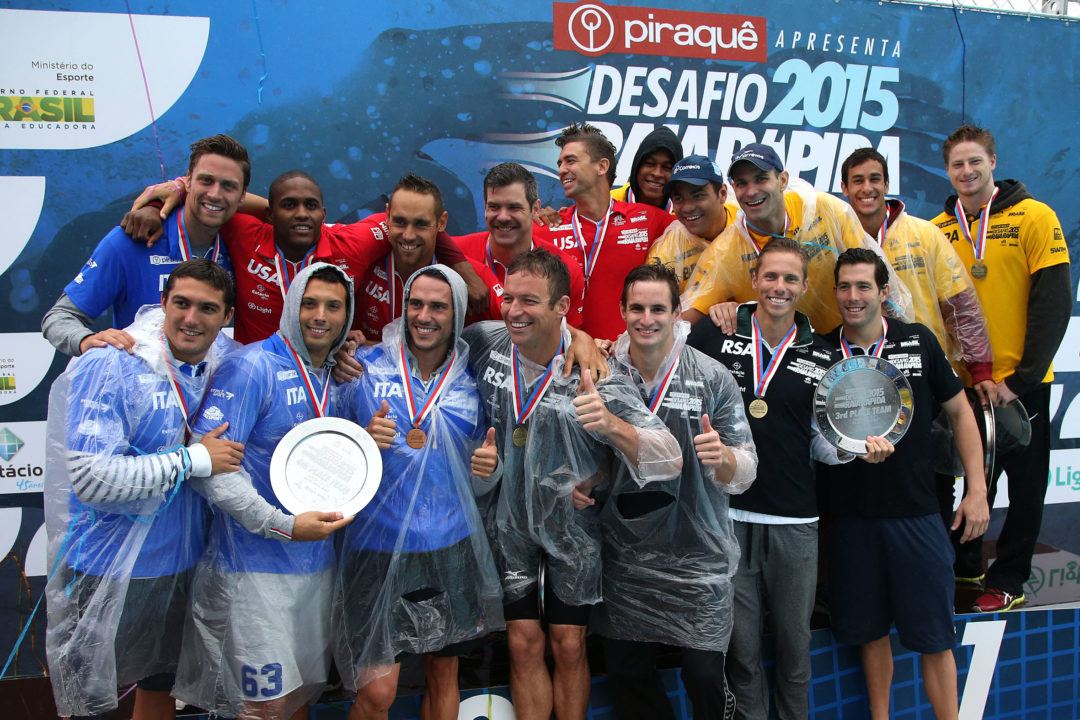 The 2016 Rio Olympic and Paralympic Games pool will host one more big event before its disassembled and use to... Archive photo via Satiro Sodre/SS Press

The 2016 Rio Olympic and Paralympic Games pool will host one more big event before its disassembled and use to build two smaller aquatic centres.

The 2016 Raia Rápida meet, a made-for-TV event, will be hosted in the Olympic pool on September 24th.

Participants and the exact format for this year’s meet have not yet been announced, but historically the event pits small teams (around 4 athletes each) from 4 countries against each other, with 1 swimmer racing a 50 of each stroke, followed by a medley relay. Teams receive cash prizes based on their overall standing at the end of the event – Brazil won last year over South Africa, the U.S., and Italy (the same four countries expected to compete this year).

This year’s event will include Open and Junior level 50 free shootout competitions.

They will need to draw straws for lanes…