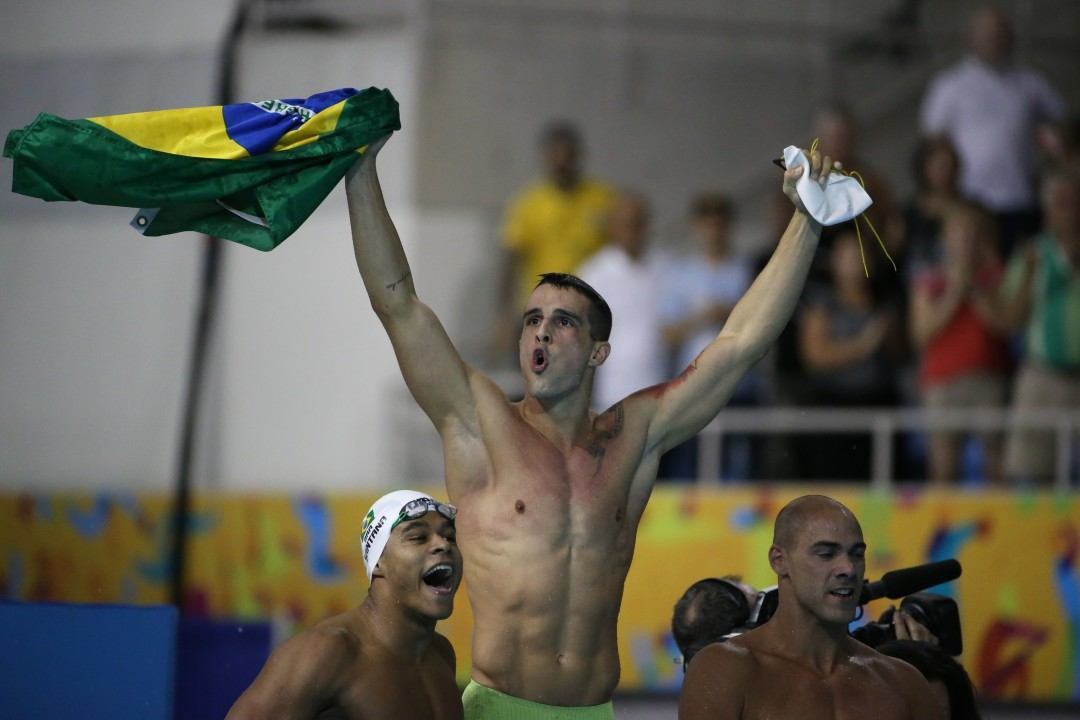 Brazil has announced its coaching and technical staff for the upcoming 2016 Rio Olympic Games. Archive photo via Chris Tanouye/www.Chirstanouye.com

Brazil has announced its coaching and technical staff for the upcoming 2016 Rio Olympic Games.

The host nation will already enter its largest Olympic swim team in national history, with 33 total swimmers. 22 are on the men’s side and 11 on the women’s. You can find the full Brazilian swimming Olympic roster here.

BestSwim.br reports the names of the coaching and training staff for the team here. We’ve republished the list below.

Cevales was named Coach of the Meet at the 2016 Maria Lenk Trophy, Brazil’s national championships and its final selection meet for the Olympics. Cevales coaches the Pinheiros club, one of Brazil’s top club teams.

Hawke is the head coach at Auburn University in the United States, and has coached multiple top Brazilian athletes, some who competed in the NCAA and others who simply went to Auburn to train. Most recently, he has worked with Bruno Fratus and Nicholas Santos.