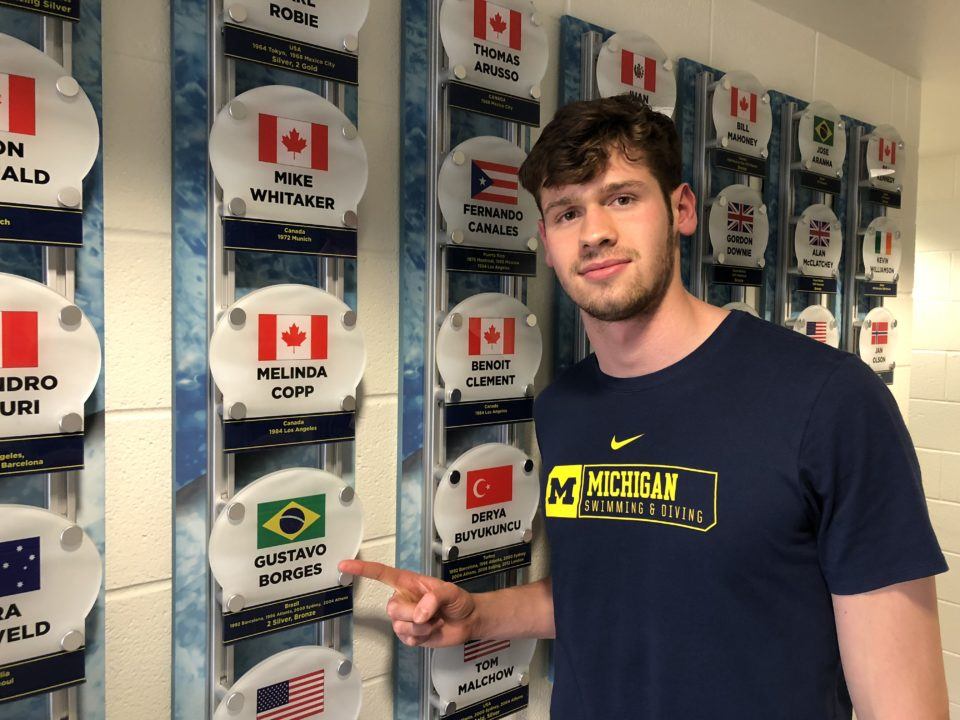 The 2022 South American Games concluded with Brazil easily atop the overall swimming medal table. The nation amassed a total of 58 pieces of hardware, including 34 golds, 16 silvers and 8 bronze medals.

Next in line, albeit quite a ways from Brazil’s totals, was Argentina who scooped up 21 medals, including 5 gold. Venezuela rounded out the top 3 with 11 medals, while Aruba and Chile also finished among the top 5 performing countries.

Wrapping up the final day of action in Paraguay were the men’s and women’s 200m butterfly events, with a Brazilian topping the podium in each race.

For the men, it was Leonardo de Deus who got it done for gold, hitting a winning effort of 1:57.17. That marked one of only two performances of the field to delve into sub-2:00 territory, with de Deus clinching a new Games Record in the process.

Behind de Deus was teammate Matheus Gonche who stopped the clock in a mark of 1:57.28 for a 1-2 punch.

Giovanna Diamante sealed her reign as queen of butterfly at these Games as she topped the podium in the women’s 200m fly. After taking the 50m and 100m fly titles earlier in the competition, Diamante punched a result of 2:12.45 to earn gold.

A pair of Colombians in Karen Restrepo and Samantha Resurreccion rounded out the podium, with the former touching in 2:13.27 for silver while the latter earned bronze in 2:15.55.

The former University of Michigan Wolverine comfortably beat the 100m free champion here, Mikel Schreuders of Aruba who collected silver in 22.37. Albuerto Mestre already won the 200m free at these Games settled for bronze in this fast and furious race, clocking 22.56.

For Borges, his performance fell just .06 outside of his best-ever, a result of 22.00 he put up at this year’s Brazil Trophy, rendering him his nation’s 7th fastest man all-time.

Stephanie Balduccini fell short of a hat trick in the women’s freestyle events, relegated to bronze in the 50m free after having already taken the 100m/200m free titles.

It was teammate Lorrane Ferreira‘s turn to grab gold, hitting 25.42 in the heated race. Argentina’s Andrea Berrino was next in 25.70 while Balduccini was just .08 outside of silver in 25.78 as the 3rd place finisher.

So incredibly proud to see MY FRIEND swim fast