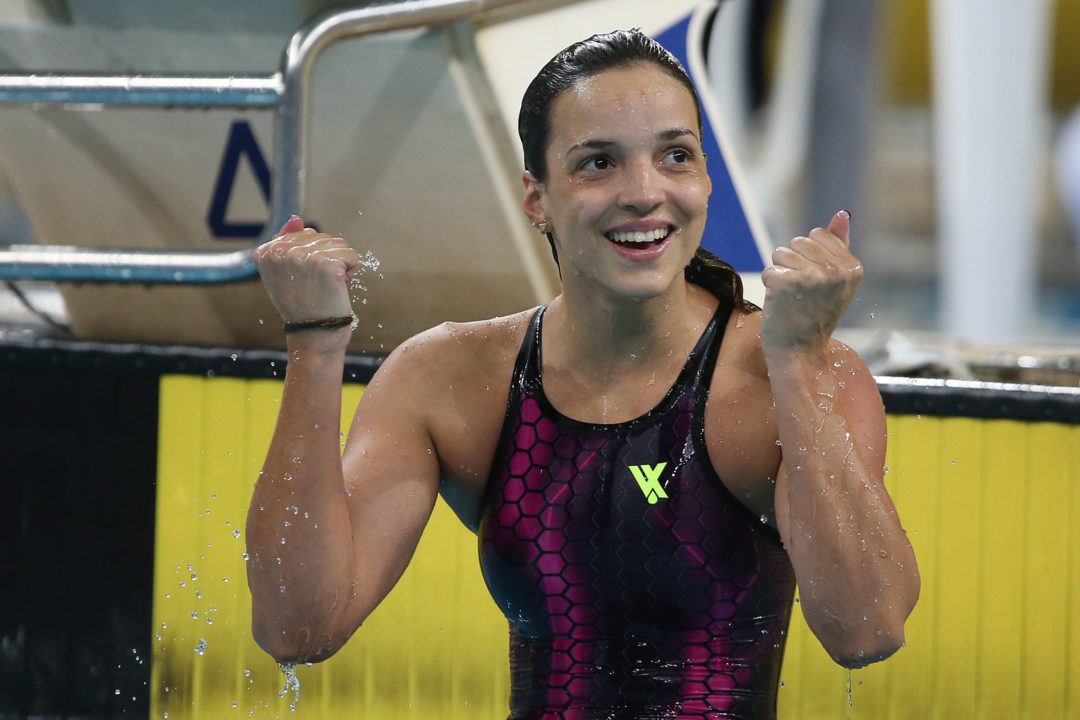 The 2022 South American Games are nearly upon us, with swimming action kicking off from Asuncion, Paraguay beginning on October 2nd. Archive photo via Satiro Sodre/SS Press

The 2022 South American Games are nearly upon us, with swimming action kicking off from Paraguay beginning on October 2nd.

As a refresher, the SA Games take place every 4 years, with the multi-sport competition produced by the South American Sports Organization (ODESUR). Countries within South America, Central America, as well as the Caribbean are able to participate.

The last edition saw the nation of Brazil race its way to 17 gold medals in the pool, comprised of 8 from the men and 9 from the women.

Among the male medalists were Breno Correia in the 100m free, Kaue Carvalho taking both butterfly events, while eventual Olympic bronze medalist in Tokyo, Fernando Scheffer, topped the 200m free podium 4 years ago in Colombia.

Women’s gold medalists from Brazil included Gabrielle Roncatto as the dual IM champion, as well as Beatriz Dizotti who won the 100m breaststroke, among others. The nation also secured all 3 relay golds, beating their competitors across the 400m free, 800m free and 400m medley relays.

Veteran athletes Ben Hockin of the host nation as well as Colombia’s Omar Pinzon are also expected to take to the pool.