Blueseventy Swim of the Week: Katie Ledecky’s 1000 Free By The Numbers 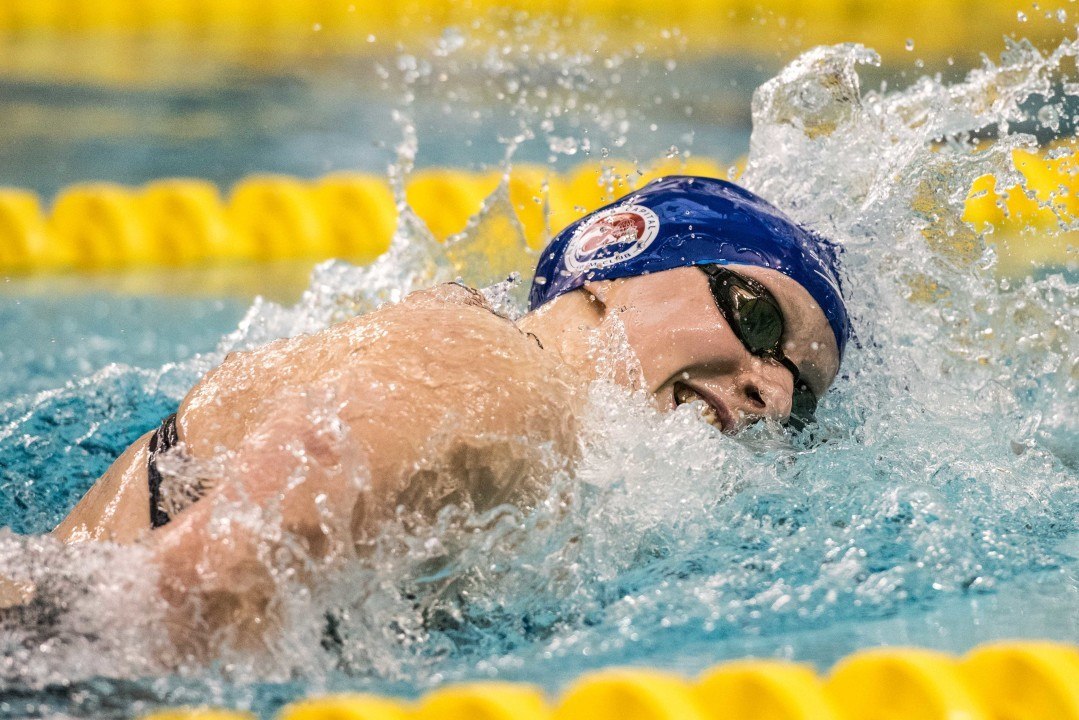 While the weekend was chock full of huge swims between the Duel in the Pool, both Winter Junior National Championships and the Nation's Capital Invite, there's still one swim that's head and shoulders above the rest. Archive photo via Mike Lewis/Ola Vista Photography

While the weekend was chock full of huge swims between the Duel in the Pool, both Winter Junior National Championships and the Nation’s Capital Invite, there’s still one swim that’s head and shoulders above the rest.

Seemingly out of nowhere, Katie Ledecky blasted the best 1000 freestyle ever swum by a female swimmer, going 8:59.65 and charring the American record to bits by a whopping 11 seconds.

Though we’ll often use our Blueseventy Featured Swim of the Week to take a closer look at a less-publicized swim, this week, we’re going back to Ledecky’s headline-grabbing effort to unpack more of the insanity its speed creates.

So without further ado, Ledecky’s 1000 free by the numbers:

You can read more about the swim here.

If Ledecky can break 15 minutes in the 1650 that would be a tremendous accomplishment. Won’t be easy but if anyone can do it, it’s her. It will take 3 500 splits of 4:32 and some change. Obviously this is kind of an arbitrary threshold, but people love multiples of 10. As a swim nerd I’d love to see people rank the various multiple of 10 barrier swims. The most impressive that immediately/noteworthy come to my mind are: 1. Weismuller 1:00 in LCM 100 free (perhaps not the most impressive, but huge historical importance). 2. Ledecky’s 1000 yard free (for the reasons metioned). 3. Coughlin breaking 50.0 in the 100 SCY backstroke (when she did that time it was out… Read more »

fastmcgee,
I would put Down Fraser sub minute in your list too.