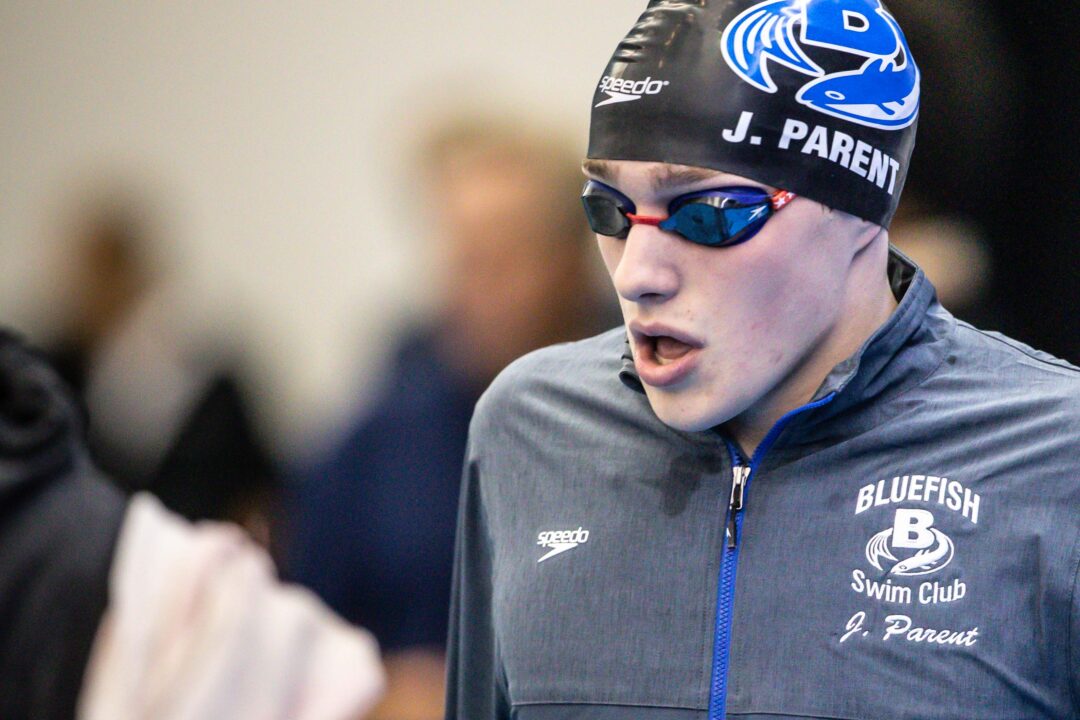 Sweeping the 400 IM for Bluefish was Aislin Farris as Farris won the women’s 400 IM in a 4:51.97. That was just off her best time of 4:51.95 which she swam in May of this year. She has dropped about three and a half seconds in the event in the last year and is committed to UNC for 2022.

Also picking up a win for Bluefish was Zuri Ferguson as she won the women’s 100 back in a 1:02.31. That was slightly faster than her best time of 1:02.39 which she swam just a week ago. Ferguson finished just ahead of Alison Pfaff of Gator Swim Club as Pfaff touched in a 1:02.56. Pfaff is committed to Duke for 2023.

The youngest winner of the night was 15 year old Lily King as she won the women’s 100 free in a 56.88. King swims for Mount Pleasant Aqua Club and had a best time of 57.28 coming into the meet. Notably, she has dropped a huge amount of time in the event over the last year as her best time last summer was a 5924.

Ohio State’s Jay Johnson continued his success into day 2 after winning the men’s 200 free on night 1. Here, Johnson got the win in the men’s 100 free swimming a 50.90. The Ohio native had a previous best time of 51.07 which he swam just two weeks ago at Sectionals in Cleveland.