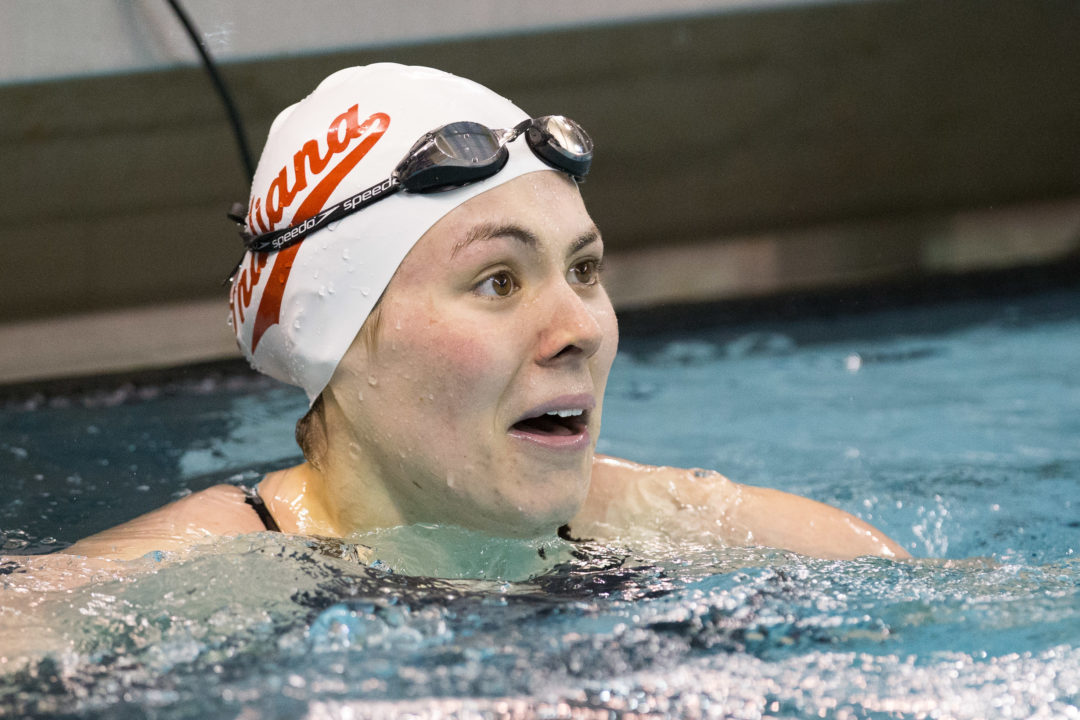 Jason Block won men’s 200-meter breaststroke at the Canadian Swimming Championships on Thursday, posting a time that would have won the Canadian Team Trials this spring. Stock photo via Tim Binning/TheSwimPictures.com

MONTREAL — Jason Block won men’s 200-metre breaststroke at the Canadian Swimming Championships on Thursday, posting a time that would have won the Canadian Team Trials this spring.

Block was fifth at Canadian Team Trials in April, where James Dergousoff triumphed in 2:13.11. Thursday’s result was the residue of overhauling his routine as he eyes a trip to the 2016 Olympics.

“I definitely would have preferred to do at Trials, but sometimes we have to take what we can get,” said Block, who is with the University of Calgary Swim Club. “I’m happy; it’s the first time I’ve had a best time in a few years. It feels good to be at my best again and hopefully I can keep bringing it down.

“As you quit growing, it’s harder to keep taking off time,” Block added. “I’ve made some changes in my program and in my training. It took a while to pay off but it appears it finally is. The focus is the same for me, which is the Olympics. Trials for that are in April. I think I’m a good place to be. I have a lot of hard work to do yet.”

For Snodgrass, 21, and Wilm, 17, touching the wall simultaneously at 1:01.31 was a microcosm of their practices together at Cascade. Newmarket Stingrays’ Danielle Hanus (1:01.96) earned bronze.

“It’s probably one of the best races I’ve had all summer,” said Snodgrass, who competed at the 2014 Commonwealth Games before opting for rest instead of attending this spring’s Trials. “I was great to the 75 (metre split) before Ingrid came and caught me at the end. But that’s not unusual. That always happens in practice, too. It was great seeing the look on her face.

“I saw ‘one’ by my name on the clock and then saw ‘one’ by Ingrid’s,” Snodgrass related. “Ingrid and I train together and she’s been wiping my name from the record book for years. I was telling her before this race that I was going to put her in her place. Her tying me was the perfect ending.”

Wilm had a 29.54-second final 50, making nearly a half-second on Snodgrass.

“Usually my coach and I work on going out under 30 [seconds] and holding on for the last 50,” said Wilm. “Tonight I cruised out and I had so much energy the last half. I passed the swimmer beside me and said, ‘Ingrid, you can do well here.’ I just went for it and held on for dear life. It was the fastest back 50 that I’ve ever done.”

Olivia Anderson, 16, of Etobicoke Swimming Club and Molly Gowans, 15, of University of Victoria-Pacific Swimming Club were the two Canadians that finished women’s 1,500-m freestyle in fewer than 17 minutes. Anderson won in 16:45.40, with Gowans earning silver in 16:52.84.