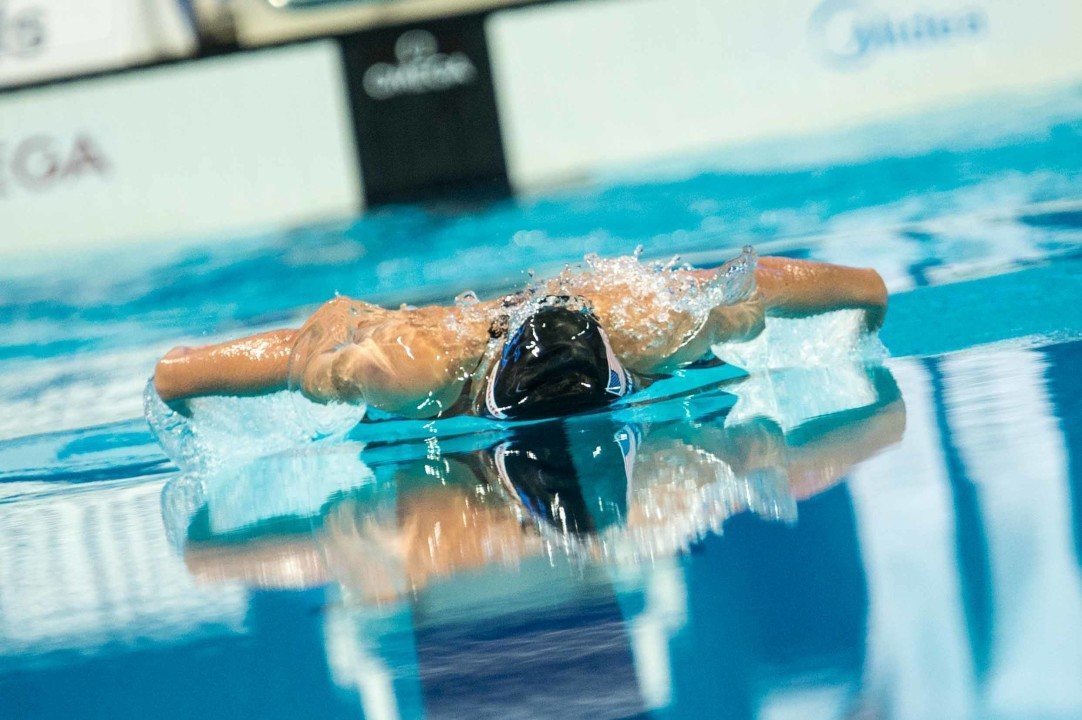 En route to finishing in sixth place in today’s final of the women’s 200m butterfly in Kazan, 18-year old Katie McLaughlin took down the event’s 17-18 U.S. National Age Group (NAG) Record.  McLaughlin’s time of 2:06.95 surpassed the previous record held by Kathleen Hersey by the slimmest of margins – just .01 of a second, as the old mark was 2:06.96 from Hersey’s swim in 2008.

Coming into the 2015 FINA World Championships, McLaughlin had been steadily getting faster in the 200 fly event, culminating with her 2:07.08 performance at last year’s Pan Pacific Championships.  That mark registered as the new World Junior Record until China’s Zhang Yufei took it down during Worlds semi’s with her time of 2:06.92, and then again during finals with her gold medal swim of 2:06.51.

McLaughlin’s new NAG Record of 2:06.95 ranks as the ninth-fastest performance of all-time in the 200m butterfly event by an American female. The University of California-bound McLaughlin already holds the 17-18 women’s NAG Record for the 100m butterfly with the 57.87 she registered at July’s Swim Meet of Champions.

Congrats Katie.
Just a matter of time before you medal.
And great fight in the relay too.