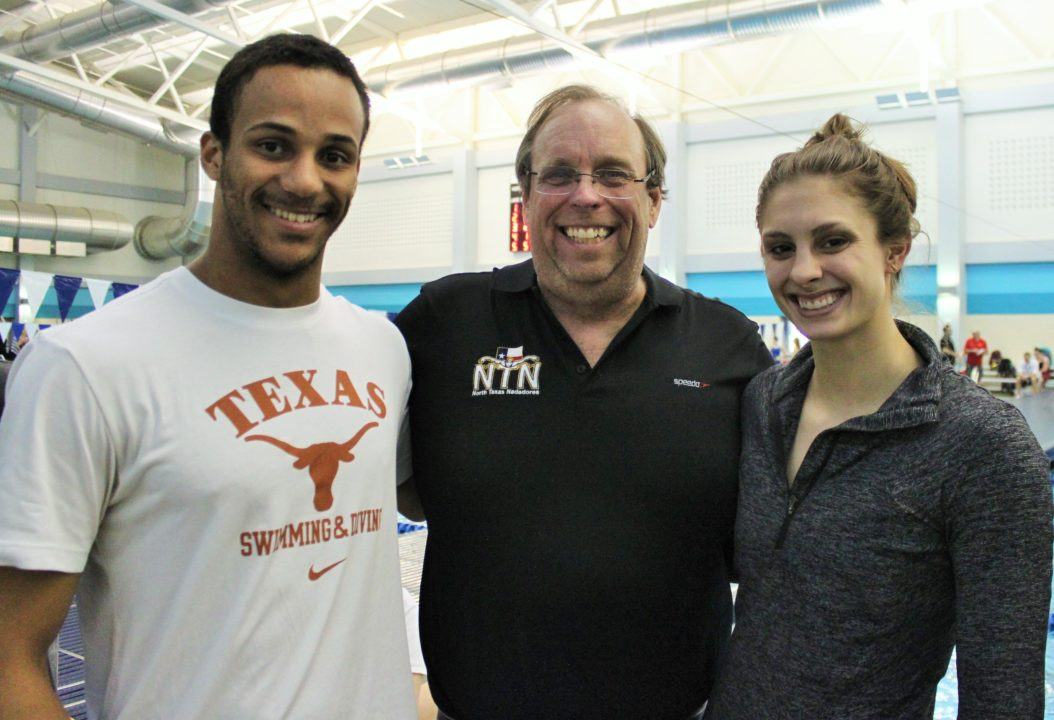 Long-time North Texas Nadadores (NTN) coach Bill Christensen has tendered his resignation to the club, effective August 20th. Christen was the head coach of the Southlake, Texas-based program since April of 2002.

During Christensen’s time with the club, they’ve turned out a number of swimmers who went on to big college careers – including recently University of Texas teammates Brett Ringgold and Jonathan Roberts. Ringgold was 9th in the 50 free, 12th in the 100 fly, and tied for 5th in the 100 free at the 2017 NCAA Championships, while Roberts was 8th in the 200 IM, 6th in the 400 IM, and 8th in the 200 back.

Ringgold also swam on NCAA title-winning 200 medley, 200 free, and 400 free relays in finals, plus in prelims on the 400 medley relay, which wound up winning the title without him in finals.

2016 Olympic medalist Katie Meili (gold in the 400 medley relay, bronze in the 100 breaststroke) is also a former Nadadore under Christensen’s tenure. She was named a captain of the 2017 U.S. team at the World Championships in her first-ever appearance at that meet.

Christensen’s swimmers have also contributed to the dynasty that is the Southlake Carroll High School swim teams (whose pool the NTNs train out of). That team has become the most dominant in Texas High School Swimming, winning the boys’ large school classification state championship for the last 7 years, including breaking meet scoring records, while the girls won a title as recently as 2013, which capped a run of three straight.

The club has finished as high as 6th place at the Junior National Championships under Christensen’s leadership. At the 2017 U.S. Open, the Nadadores finished 17th, though that scoring was all done by Ringgold and Roberts, whose training home is at Texas. The team was represented by three junior-aged athletes at this year’s World Championship Trials – Jack LeVant, who won the 18 & under final in the 200 fly and 200 free; Christopher Lindley, who was 11th in the 800 free; and Natalie Whalen, who was 37th in the women’s 200 fly.

Christensen says that he is pursuing other opportunities and is going to take a few months to figure out what he wants to do next.

A great coach and a great mentor. We’ll miss seeing him on deck.

An awesome Coach and even better person. Bill has developed so many swimmers in and out of the water. Good luck to you my friend. .