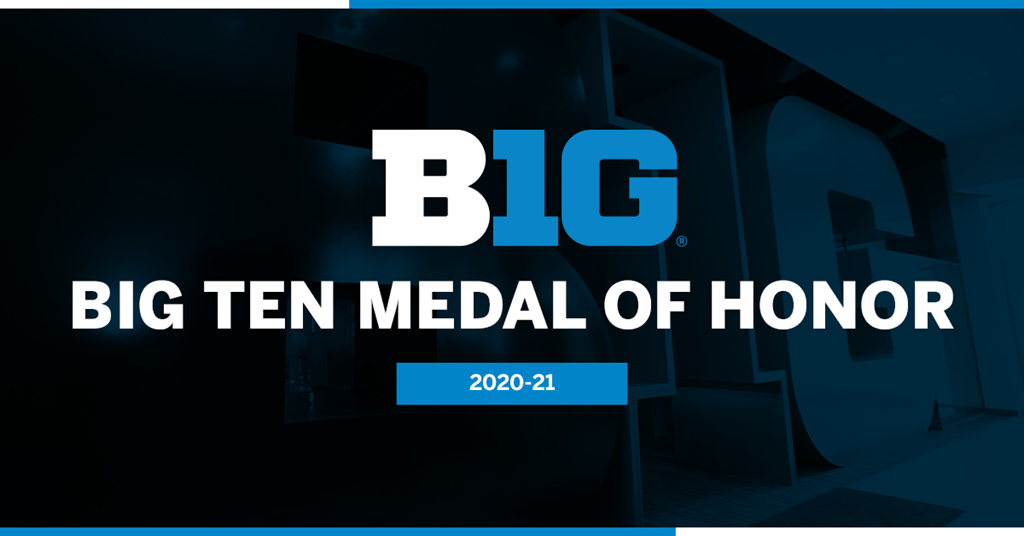 The Big Ten Conference celebrated its 107th class of recipients who earned the esteemed Big Ten Medal of Honor earlier this year. Twenty-eight student-athletes from 18 different sports were honored with the prestigious award, which was established in 1915 and was the first award in intercollegiate athletics to demonstrate support for the educational emphasis placed on athletics.

The Big Ten Medal of Honor is awarded to one male and one female student-athlete from the graduating class of each member institution who has demonstrated excellence on and off the field throughout their college career.

The full list of 2020-21 Big Ten Medal of Honor recipients can be found below.