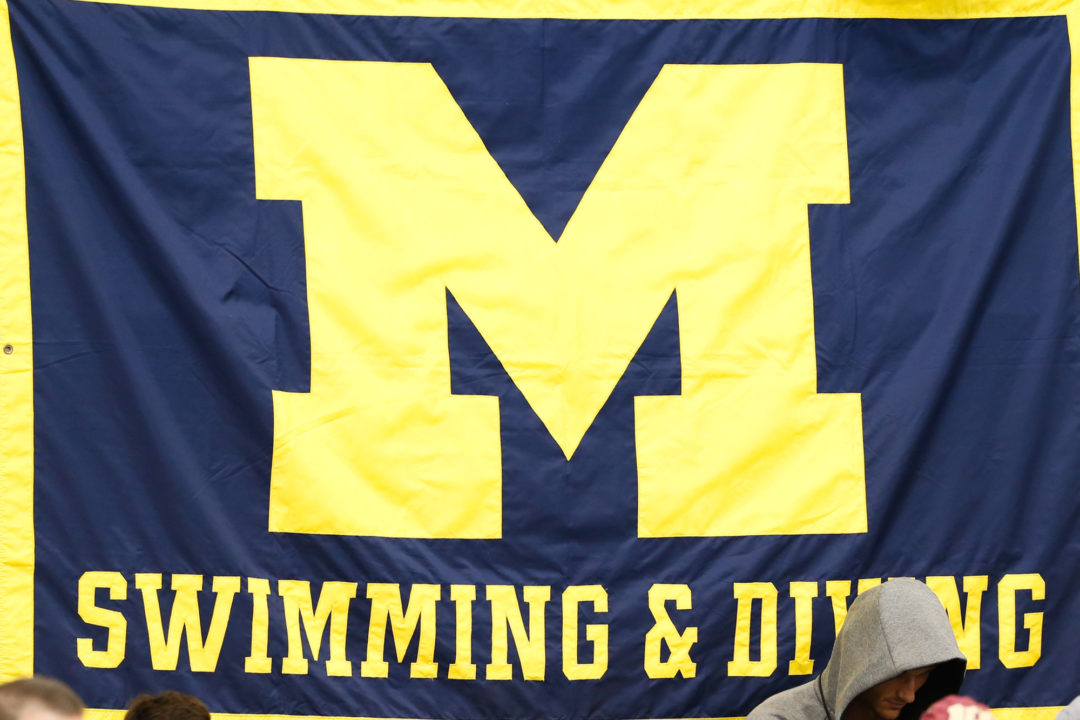 Miles Smachlo, the defending Big Ten Champion in the 100 fly in yards, now ranks 8th this season in long course among Americans in the same event. Archive photo via Tim Binning/TheSwimPictures.com

After a breakout junior collegiate season that saw him win the Big Ten title in the 100 yard fly, Miles Smachlo is parlaying that into a breakout long course season as well. Racing Friday on day 1 of the 2019 Eric Namesnik Memorial Open, Smachlo swam a 52.57 that knocked three-tenths of a second off his lifetime best in the race.

That’s the 2nd time in less than a month that he’s been a lifetime best in the 100 fly in long course. In 2017, he swam 53.08. After not swimming the race once in the summer of 2018 in long course, on June 13th he improved his time to 52.88, and now down to 52.57. That makes him now the 8th-fastest American in the event this year. Only 2 of the swimmers ahead of him (Luca Urlando and Andrew Seliskar) have been lifetime bests this season.

The highlight of the women’s meet was the 200 free win by another Michigan rising senior: Chloe Hicks. She swam a 2:01.06, which is an Olympic Trials Cut, and her first. Further, it takes almost 5 seconds off her old lifetime best of 2:05.97 that was set in 2016.

Other Winners on Day 1:

Congrats to Matt Fenlon of Badger ! Only 16! Next big thing in USA swimming. One to watch!