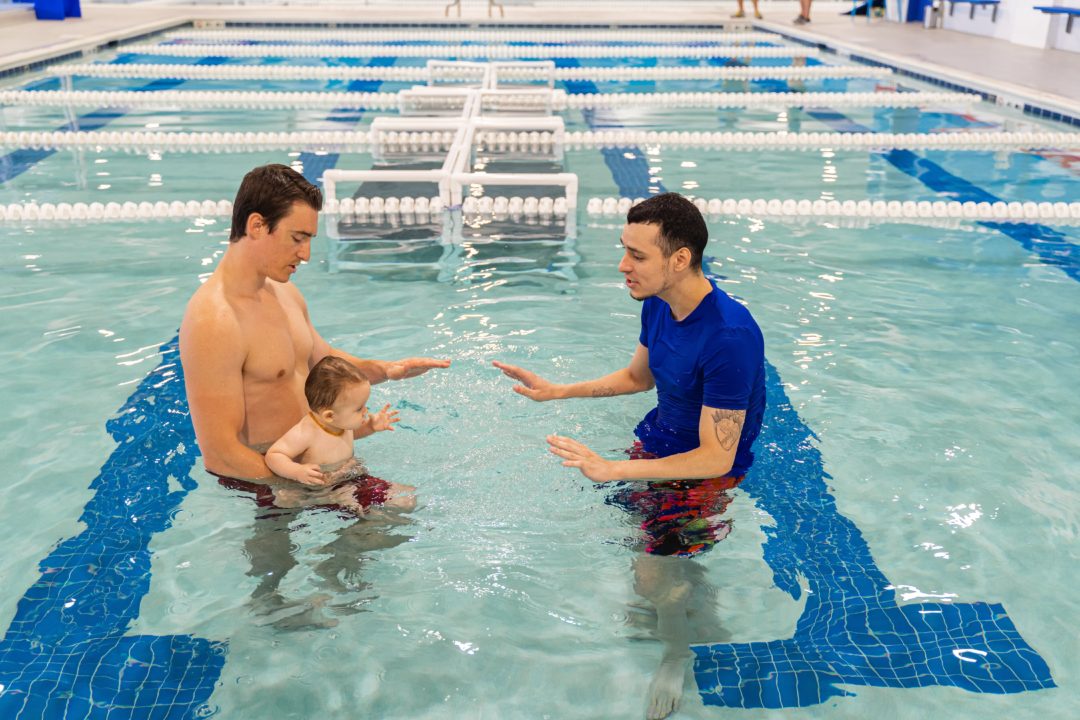 One of the nation's fastest-growing swim school franchises completed a 21-unit signing in Q3 and added two new states to its development plan. Archive photo via Big Blue Swim School

CHICAGO— As it rounds out the third quarter of 2021, Big Blue Swim School — one of the nation’s fastest-growing swim school franchises — has already signed agreements for franchise partners to develop 39 stores.

Recently, Big Blue Swim School announced expansion in Utah and operations in two new states across the Mountain West region — Arizona and Nevada — through an agreement for 21 locations with Austin Smith of Salt Lake City.

“Between these three markets, we feel like there’s immense opportunity, especially with 21 locations identified as tier-one sites,” Smith said. “And within those geographies, we see a lack of competition right now. There’s really no current option like Big Blue providing families with such a high quality experience in Utah, Arizona, or Nevada. So Big Blue has a real opportunity to come in and be the market leader in these geographies fairly quickly.”

Smith plans to open the first of his Big Blue stores in Utah by summer 2022, with goals to complete all 21 openings over the next seven years. Smith said he signed on as a franchise partner after learning about the high-quality investment opportunity and best-in-class consumer offerings provided by Big Blue.

Just after the 21-unit Mountain West signing, Big Blue announced it’s bringing operations to Austin, and Houston, Texas, through an agreement for three stores with local residents Menaka and PK Krishnan. The couple plans to open two Big Blue stores in Austin and one in Houston over the next few years.

“With each of these franchise partner’s passion for their communities, we know they will dive in and make a significant difference in the lives of thousands of children,” Big Blue’s founder and president Chris DeJong said.

Big Blue is Targeting Markets With the Highest Demand

Big Blue CEO Scott Sanders said he sees these recent signings as a validation of the brand’s ability to develop operations where the consumer demand is greatest.

“We offer a need-based service for families, teaching children a vital life skill that cannot be replaced by Amazon or outsourced,” he said. “Because of this, our business will continue to grow, bringing on new families and franchise partners to meet the increasing demand. It only helps that we offer simple booking and rebooking through our LessonBuddy™ app and a consumer offering second to none, which makes us even more appealing to parents who want access to our convenience and comfort that no other learn-to-swim brand provides.”

The brand’s momentum with franchise partners is continuing in markets across the country, including Boston, Southern California, Northern Virginia, and the southeast region.

“We’re excited about the pace of the growth we’re experiencing,” Sanders said. “But we’re also thrilled by the reception we are receiving across the country. We’re not just opening swim schools; we’re helping children build life-saving skills and boost their confidence at the same time. That’s extremely rewarding for us, and for our franchise partners.”

The brand is actively growing and looking to add franchise partners in several other key markets across the country, including Kansas City, San Jose, Raleigh, Cleveland, Seattle, Milwaukee, Madison and Green Bay.

With an aggressive growth plan in place, Big Blue has signed a total 158 units in 22 states across the country. With a goal of reaching 170 units by the end of the year, the brand is uniquely positioned to be the leader in the $3 billion learn-to-swim industry.