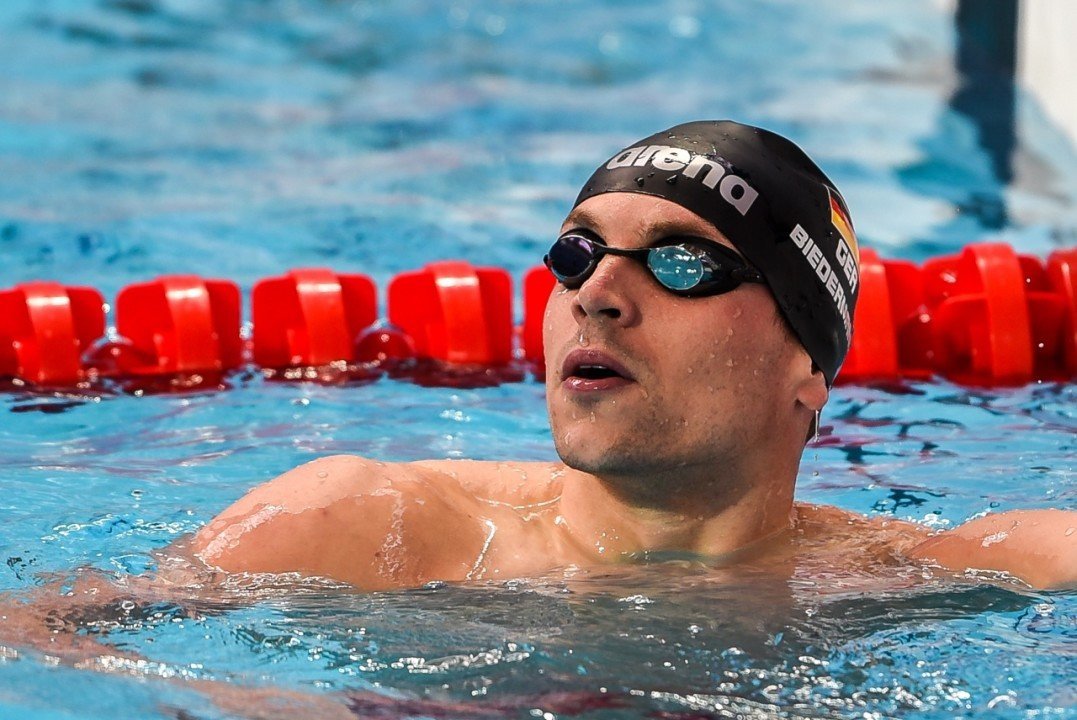 The line-up at the 16th annual Swim Meet of the German swim club SV Halle is impressive: World Champion (200 m breaststroke) Marco Koch, Vice-European Champion Christian Diener (200 m backstroke), World Record holder (50 m butterfly, SC) Steffen Deibler will join World Record holder Paul Biedermann, who is the local hero – the swim club SV Halle is his home club and training location.
Biedermann is registered to swim the 50 m, 100 m and 200 m freestyle. The competition program includes all 50 m, 100 m, 200 m events and the 400 m freestyle for men and women, born in 2005 or earlier and the 800 m freestyle for women and 1500 m freestyle for male swimmers. Only the 50 m events have prelims and finals, the longer distances are swum only in heats over the two days of competition.

Marco Koch is expected to swim the 50 m, 100 m and 200 m breaststroke and he will compete against Christian vom Lehn who won the bronze medal in the 200 m breaststroke at the 2011 World Championships and perhaps could be the second German 200 m breaststroke swimmer besides Koch to qualify for the Olympics.
The Swim Meet in Halle also features Jenny Mensing who is the 2012 European Champion in the 100 m backstroke. Next to the established swim stars, youngsters like Johannes Hintze will attend the competition: Hintze is Germany’s most promising male swimmer, born in 1999 – during his career, he improved more than 40 age group records. Johannes is trained by Norbert Warnatzsch in Potsdam. Warnatzsch is the former coach of Olympic Champion Britta Steffen and some of Germany’s best swimmers ever like Franziska van Almsick. Unfortunately, the youngster had to cancel some competitions like the Euro Meet in Luxembourg and the German National Team Championships lately because of illness.
Marco Koch managed to swim 2:07 times in the 200 m breaststroke repeatedly during the last weeks – he has been in an excellent form since his World Championships title and is one of Germany’s medal-hopefuls for the Olympic Games.