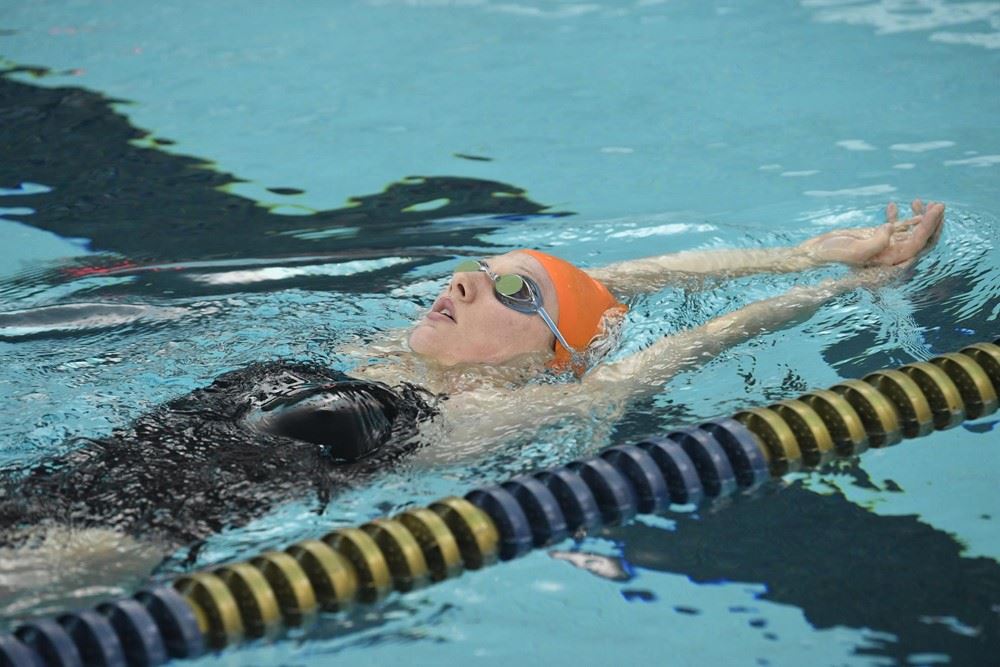 The Zips head into the final day of the meet holding a 74 point advantage over Buffalo. Stock photo via Akron, MAC Sports

Akron expanded their lead a little bit on the 3rd day of competition. The Zips head into the final day of the meet holding a 74 point advantage over Buffalo. Akron kicked off tonight’s finals session with a 1-2 punch in the 100 fly. Paulina Nogaj won her first MAC title in the 100 fly, swimming a 52.42. The time comes in off Nogaj’s personal best of 52.32, which she swam back in 2017. teammate Sarah Watson, the defending champion in the evnt, came in 2nd this year, swimming a 52.93. Watson was a second off her winning mark of 51.94 from last year.

Akron also won the 100 breast, where junior Paula Garcia swam a 1:00.32 to win the title. The past 4 years, Eastern Michigan alum Delaney Duncan had a stranglehold over the event in the conference. Duncan holds the conference record, and finished 2nd in the 100 breast at NCAAs last year. Tonight, Garcia took .41 seconds off her personal best of 1:00.73, which had stood as her best time since November of 2017. Buffalo’s Katie Pollock took the race out the fastest, splitting 28.43 on the first 50, but faded to 2nd, ultimately finishing in 1:00.78.

The Zips also won the 400 medley relay, swimming a 3:35.13 to touch the wall first by 3.2 seconds. Freshman Weronika Gorecka led the relay off in 54.07, with Garcia splitting 1:00.39 on breast, Nogaj throwing down a 51.79 on fly, and Morgan Waggoner bringing the team home in 48.88. Akron posted the fastest splits in the field for breast, fly, and free. Gorecka’s backstroke split was the 2nd fastest in the field, as Bowling Green’s Daisy Platts led her team off in 53.62.

Platts was the champion in the 100 back, where she swam considerably faster. Platts swam a personal best 52.87 to take the title, touching over half a second ahead of the field. Eastern Michigan’s Claire young finished 2nd with a 53.49, and Buffalo’s Nicole Roitenberg clocked a 53.75 for 3rd. Gorecka finsihed 4th in the race, swimming a 54.23.

MAC record holder Camila Lins de Mello (Miami) defended her title in the 200 free, swimming a 1:45.96. Lins de Mello was a bit off her winning time of 1:45.47 from last year, which stands as the conference record. There was a tight race for 2nd between Toledo’s Izzy Jones and Ohio’s Emma Fortman. Fortman nearly ran down Jones on the final 50, out-splitting her 27.27 to 27.98. Jones ended up getting her hand on the wall first, touching in 1:47.72, with Fortman right behind in 1:47.81.